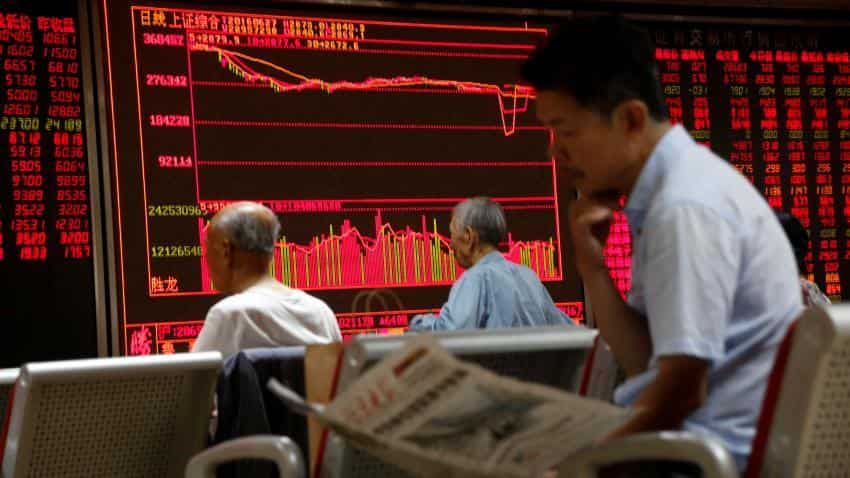 Japan's Nikkei rose 0.3% in early trade, taking solace from a weaker currency, but then shed the gains. Photo: Reuters

Asian shares slipped on Monday and the dollar pulled away from last week's lows on expectations that a signal might emerge from a Federal Reserve gathering this week in Jackson Hole, Wyoming that the US central bank is gearing up to hike interest rates.

Global central bankers will join the annual mountain retreat that opens on Thursday, with Fed Chair Janet Yellen due to speak the following day.

"The DXY US dollar index already seemed to be looking ahead for some slightly more upbeat language on the US economy coming out this week as it rallied 0.4% on Friday," he said.

The dollar index, which tracks the greenback against a basket of six major rivals, was up 0.2% in early trade at 94.722, pulling away from last week's low of 94.077, which was its lowest since June 24.

Fed Vice Chairman Stanley Fischer gave a generally upbeat assessment of the US economy's current strength in prepared remarks on Sunday, saying the job market was close to full strength and still improving.

"We are close to our targets," Fischer said, but did not directly address when the US central bank should next raise interest rates.

New York Fed President William Dudley said last week a rate hike would be possible at the Fed's next policy meeting in September, though interest rate futures contracts indicate that market is pricing in about 50/50 odds of an increase in December.

Japan's Nikkei rose 0.3% in early trade, taking solace from a weaker currency, but then shed the gains. It had skidded 2.2% last week, as the dollar dipped below 100 yen.

Crude oil futures dropped, giving back some of their recent gains that propelled oil into bull market territory, after technicals had it in a bear market early this month.

Crude futures have risen almost $10 a barrel since early August on speculation that Saudi Arabia and other members of the Organization of the Petroleum Exporting Countries will agree next month to a production freeze deal with non-OPEC producers led by Russia.