Japan's Nikkei stock index was up 0.1%, with the dollar steady on the day against its Japanese counterpart at 103.47 yen. 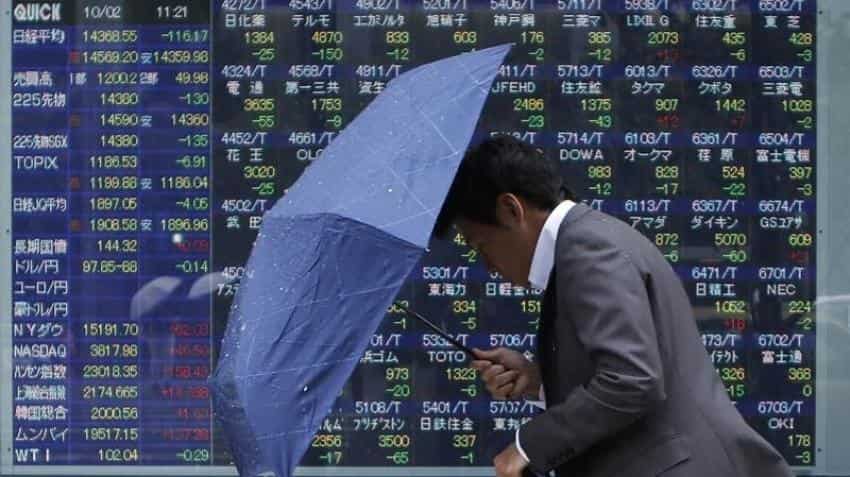 Brent crude was down 0.3% at $47.48 a barrel in early Asian trade. Photo: Reuters
Written By: Reuters
RELATED NEWS

Asian shares edged up on Tuesday but were mostly in a holding pattern after Monday's US holiday, as investors awaited a policy decision from the Reserve Bank of Australia.

European stocks touched an eight-month high in choppy trading then reversed as trading wound down in the absence of US markets, which were closed for Labor Day.

MSCI's broadest index of Asia-Pacific shares outside Japan was up 0.1%, while Australian shares slipped 0.3% ahead of the RBA's announcement.

All 33 economists polled by Reuters expected the RBA to hold steady, particularly after a spate of upbeat economic data on Monday. A decision is expected at 0430 GMT.

Having already pulled the trigger on easings in May and August, the Reserve Bank of Australia (RBA) is likely to pause and watch them percolate through the economy before deciding if yet more stimulus is needed.

Japan's Nikkei stock index was up 0.1%, with the dollar steady on the day against its Japanese counterpart at 103.47 yen.

"With the US off on Monday, rangebound trade is likely to continue today, with the dollar's upside against the yen capped for now," said Kaneo Ogino, director at foreign exchange research firm Global-info Co in Tokyo.

On Monday, Bank of Japan Governor Haruhiko Kuroda signalled Japan's central bank was ready to further expand its already massive stimulus, but he disappointed investors hoping for a more explicit hint about what the BOJ will do at its next review on Sept. 20-21.

The euro was also steady at $1.1151. "The European day starts with German factory orders. A small rise is expected after the similar decline in the previous month," Marshall Gittler, head of investment research at FXPrimus, said in a note. "A good factory orders number could boost the euro."

Leaders from the world's top economies broadly agreed at a summit in China on Monday to coordinate macroeconomic policies, but few concrete proposals emerged to meet growing challenges to globalisation and free trade.

Crude oil futures touched a one-week high before paring gains on Monday, after top producers Russia and Saudi Arabia confirmed they had agreed to cooperate on stabilising the oil market.