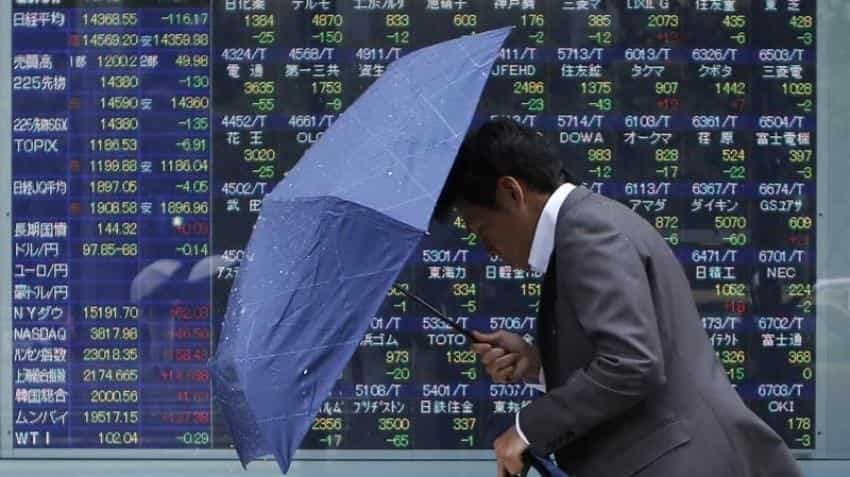 Asian shares bounced on Tuesday as doubts the Federal Reserve really would hike rates as soon as September undermined the dollar, while investors continued to count on more policy stimulus elsewhere in the world.

MSCI`s broadest index of Asia-Pacific shares outside Japan added 0.4%, recouping around half of Monday`s loss. Stocks in South Korea and Australia both rose around 0.6%.

Japan`s Nikkei dipped 0.1% as the yen turned around and starting nudging higher once more.

A raft of Japanese data, from unemployment to retail sales, mostly beat analysts forecasts but did nothing to change expectations the Bank of Japan would eventually have to ease further.

Fed Chair Janet Yellen on Friday said the case for a rate increase was strengthening, but provided little detail on when the Fed would next move. Vice Chair Stanley Fischer suggested a hike as soon as next month was possible.

Yet while the initial market reaction was to push up the probability of a September hike to 44%, investors quickly had second thoughts and early Tuesday the implied chance was back at 36%.

Financials was the best performer on the S&P 500, with Wells Fargo up 2.2%. The sector typically rises with talk of higher rates, on the expectation that banks` income could rise as they charge more for loans. However, the correlation is not direct as it requires the yield curve to steepen and, so far, it is not obliging.

Indeed, longer-term yields fell further than the short end on Monday, in part because much of the market suspects any Fed tightening would lead to even lower inflation over the long run.

Figures out Monday showed the Fed preferred measure of core inflation stuck at 1.6% for a fifth straight month.

The San Francisco Fed underlined the subdued outlook for inflation and rates in a research note.

The "natural" rate of interest - the real rate consistent with full use of economic resources and steady inflation near the Fed`s target level - was near zero and would rise to only 1% over the next decade.

"If these projections are accurate, then a monetary policy designed to track the rise in r-star (natural rate) would imply a very gradual normalization of the federal funds rate," the note said.

The retreat in Treasury yields undid some of the dollar`s gains and its index edged back to 95.575 from a two-week top of 95.834.

In commodity markets, oil steadied after falling by around 1% on Monday. Oversupply remained a major concern with U.S. crude stockpiles forecast to have risen by 1.3 million barrels last week, a Reuters poll showed.