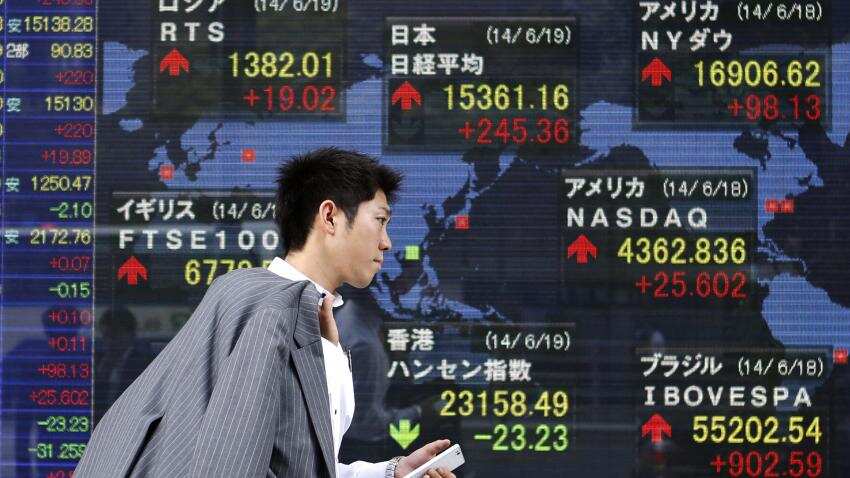 Asian shares started the week on the backfoot despite a late rebound on Wall Street on Friday. Image source: Reuters
Written By: Reuters
RELATED NEWS

Asian shares hovered near 2-1/2 week lows and the safe-haven yen rose on Monday amid fears of a global trade war, while the euro pared gains as investors worried Italy’s national elections could deliver an anti-establishment government.

Italy’s poll produced no outright winner on Sunday, according to exit polls that pointed to possible political gridlock, with voters backing anti-establishment and far-right parties in record numbers.

After a see-saw start, the euro eased back to $1.2320 from a two-week high of $1.2365 amid talk the euroskeptic 5-star party could form a coalition government.

Supporting the euro was the revival of Germany’s grand coalition over the weekend, meaning Chancellor Angela Merkel’s conservatives will form a new government more than five months since the country’s inconclusive election.

“The results are initially interpreted as mildly supportive for the euro given the worst case scenario - the anti-establishment coalition in office was averted - but is reversing out the initial wave of positivity,” Innes added.“...the market will look to fade upticks given the political malaise in Italy will play on.”

Asian shares started the week on the backfoot despite a late rebound on Wall Street on Friday as investors worried a U.S.-led trade war could derail economic momentum around the world.

MSCI’s broadest index of Asia-Pacific shares outside Japan was flat near the lowest since mid-February.

U.S. stock futures did not inspire much confidence, with S&P E-Minis down 0.1 percent.

News over the weekend suggested that Trump was going ahead with his threat, while there was no indication that allies would be excluded from the tariffs planned on imported steel and aluminum.

Canada and Mexico have threatened retaliation, and the European Union said it would apply 25 percent tariffs on about $3.5 billion of imports from the United States if Trump carried out his threat.

Trump says the tariffs are needed to protect domestic industries against unfair competition from China and elsewhere.

“A number of other fears linger as investors reassess the prospects for continued global growth, brace for the possibility of a broader trade war and await the outcome of a parliamentary election in Italy.”