MSCI`s broadest index of Asia-Pacific shares outside Japan lost another 0.3 percent after touching a two-year trough on Tuesday. Chinese blue chips eased 0.4 percent to be a whisker above 13-month lows as a settlement of Sino-U.S. tensions remained a distant prospect. 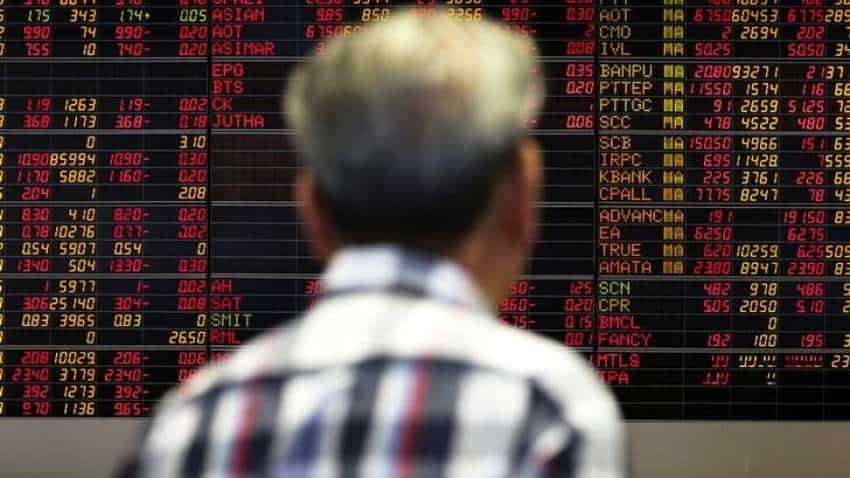 Asian share markets were under pressure on Wednesday as weakness in Chinese stocks and the yuan weighed on sentiment in the region, while oil climbed as the United States pressured allies to stop buying Iranian crude. MSCI`s broadest index of Asia-Pacific shares outside Japan lost another 0.3 percent after touching a two-year trough on Tuesday.

Chinese blue chips eased 0.4 percent to be a whisker above 13-month lows as a settlement of Sino-U.S. tensions remained a distant prospect.

Japan`s Nikkei had been faring better but soon succumbed to risk aversion and fell 0.5 percent.

The fragile mood overshadowed gains in energy stocks made after news broke that Washington was pushing allies to halt imports of Iranian crude.

The jump in oil boosted the Wall Street energy sector 1.4 percent, making it the biggest gainer on the S&P 500.

But the S&P still only managed to add 0.22 percent overall, while the Dow rose 0.12 percent and the Nasdaq was up 0.39 percent.

"We remain of the view that a large scale "trade war" remains a low probability though the odds of it happening appear to have increased," said JPMorgan economist David Hensley.

He noted that the latest tariff threats from the White House would cover more than 30 percent of U.S. imports, equal to almost 5 percent of annual economic output (GDP).

"If all this were to happen, and U.S. trading partners were to retaliate, it would deliver a significant supply shock to the world economy, raising inflation and lowering growth."

BACK TO YUAN WATCHING

In currency markets, trade-sensitive currencies including the Australian and New Zealand dollars lost ground while the safe-haven yen found demand. The kiwi dollar hit its lowest in seven months at $0.6817.

The dollar has been aided in part by recent gains on the Chinese yuan, which had stirred speculation Beijing was weakening its currency to bolster exports.

The People`s Bank of China (PBOC) fixed the yuan midpoint at a six-month low of 6.5569 per dollar on Wednesday. That was down 0.6 percent from the previous fix but actually a little firmer than market expectations.

However, the spot rate continued to slip with the yuan breaking past 6.6600 per dollar for the first time since December.

In commodity markets, gold was seemingly no longer considered a safe haven by investors and hit its lowest in over six months.