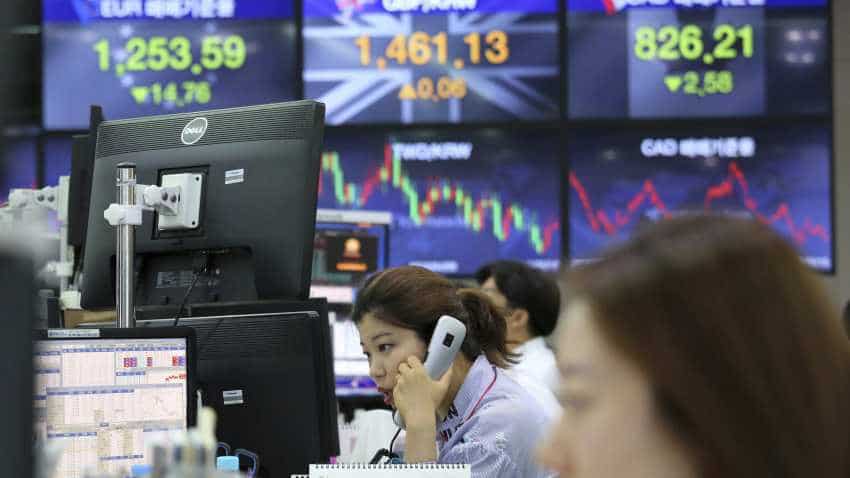 The market is almost fully priced for a hike in September and leaning toward a further move before year-end. Image source: Reuters

Asian share markets drifted lower on Monday while currencies kept to familiar ranges ahead of a busy week peppered with central bank meetings, corporate results and updates on US inflation and payrolls. Technology and energy shares led Japan's Nikkei .N225 down 0.4 percent in early trade, while tech also featured in South Korea's 0.2 per cent decline.

The week ahead features quarterly earnings from more than 140 S&P 500 companies, including Apple Inc (AAPL.O).

Disappointing results from Intel Corp (INTC.O) and Twitter Inc (TWTR.N) soured the mood on the Nasdaq .IXIC on Friday, though the S&P 500 <.SPX) and Dow .DJI still ended firmer for the week.

Analysts at JPMorgan cited relatively aggressive moves into “value” stocks - in particular banks - and away from shares particularly leveraged to growth.

“Tech really began cracking on Tuesday before the floodgates opened on Friday,” they wrote in a note.

“The rotation will likely continue, benefiting value categories at the expense of momentum/tech as rates are biased higher,” they added. “Europe’s higher weighting to banks/resource will help it vs the U.S.”

The U.S. Federal Reserve meets on Tuesday and Wednesday and is widely expected to stand pat while reaffirming the outlook for further gradual rate rises.

The market is almost fully priced for a hike in September and leaning toward a further move before year-end.

A policy meeting by the Bank of Japan on Tuesday has taken on greater importance amid talk it could tweak its massive asset-buying campaign.

Elias Haddad, a senior currency strategist at Commonwealth Bank of Australia, doubted the BoJ would move just yet, but felt it may abandon the negative interest rate applied to accounts held by financial institutions at the central bank.

The BoJ could also modify its annual objective of accumulating 80 trillion yen ($720 billion) of Japanese government bonds, as well as potentially lifting its target yield for 10-year JGBs. Those yields recorded the highest close since January 2016 last week.

“Any of these policy changes would be interpreted as a step toward less monetary policy accommodation, dragging USD/JPY lower,” Haddad said.

Just the chance of such a shift has sent the yen higher in the last week or so, pulling the dollar down to around 110.96 yen JPY= from a peak of 113.18 earlier in the month.

Against a basket of currencies the dollar was hovering at 94.680 .DXY, having repeatedly failed to clear resistance around 95.652 this month.

The euro has had problems of its own as the European Central Bank emphasized that rates would not be rising until the second half of next year. On Monday, the euro was flat at $1.1658 EUR=EBS, corralled between support around $1.1570 and resistance at $1.1750.

In Asia, eyes will be on China's yuan after it suffered its longest weekly losing streak since November 2015. It hit a 13-month low at 6.8369 per dollar last week CNY=.