Asian stocks held near three-week lows and the greenback consolidated recent gains on Thursday after minutes of the last U.S. Federal Reserve policy meeting indicated a December rate increase was still on the cards. 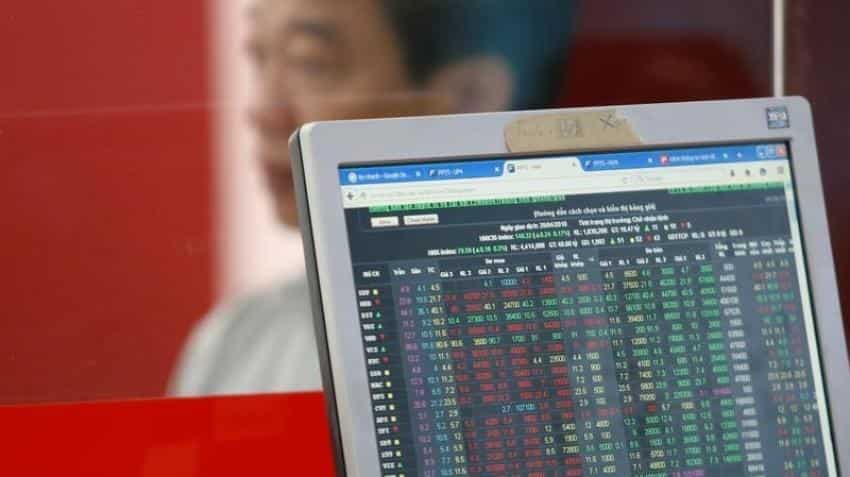 An investor is seen behind a stock market screen at a securities company in Hanoi. Photo: Reuters
Written By: Reuters
RELATED NEWS

Asian stocks held near three-week lows and the greenback consolidated recent gains on Thursday after minutes of the last U.S. Federal Reserve policy meeting indicated a December rate increase was still on the cards.

Risk appetite waned, with MSCI`s broadest index of Asia-Pacific shares outside Japan easing 0.2%, its lowest since Sept. 21. Early stock markets were mixed with Australia down 0.5% while New Zealand stocks up 0.4 %.

"In our view, if you came into these minutes with a December hike pencilled in, there is no reason to change your stance," Omair Sharif, an economist at Societe Generale, wrote in a note.

Chinese stocks and the Australian dollar will be firmly in focus with trade data due shortly. Economists will be watching the trade breakdowns carefully to see whether the yuan`s recent weakness has had a beneficial impact.

Elsewhere, sterling treaded water after British Prime Minister Theresa May`s offer to give UK lawmakers a say in plans to leave the European Union and the U.S. dollar basked in the glow of a likely widening interest rate differential in its favour relative to other currencies.

Within Asia, the Thai baht will be in focus after falling to a eight-month low in the previous session on concerns about the health of 88-year-old King Bhumibol Adulyadej.

Oil prices struggled after falling 1% overnight after the Organization of Petroleum Exporting Countries reported its output hit an eight-year high in September, offsetting optimism over the group`s pledge to restrict output.

U.S. West Texas Intermediate crude slipped 0.62% to trade at $49.87 a barrel. Gold stabilised around the $1,250 per ounce level after falling sharply last week.