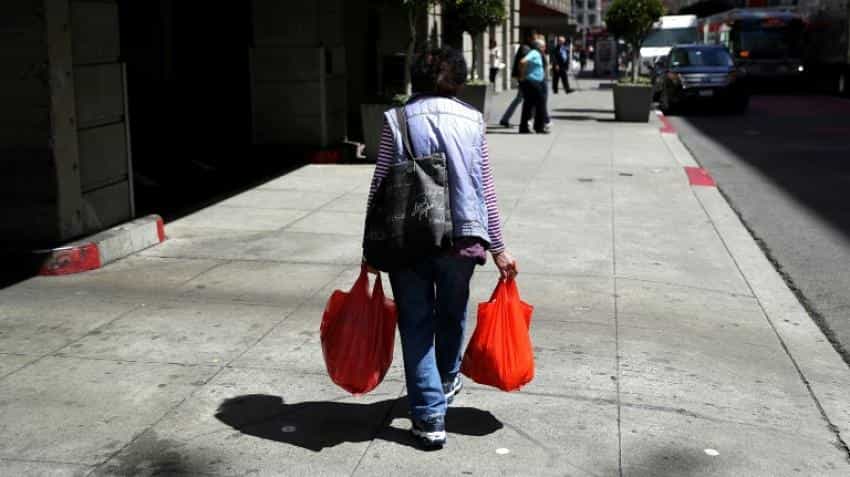 The key US federal funds rate has been at or close to zero for a decade. Representational image. Image Source: AFP
Written By: AFP
RELATED NEWS

Two months ago, disagreements at the heart of the US Federal Reserve spilled out into the open, with policymakers squaring off over the near-term threat of inflation.

And yet as the Federal Open Market Committee prepares to meet again next Tuesday and Wednesday to review interest rate policy, widespread expectations are that, for a sixth consecutive meeting, the US central bank will leave rates untouched.

Since the last FOMC meeting seven weeks ago, the US economy in the third quarter appears to be weaker than Fed Chair Janet Yellen expected when she said last month that the case for a rate hike had "strengthened." The producer price index was flat and retail sales slowed in August after a flat July. Signs of inflation were scant.

The key US federal funds rate has been at or close to zero for a decade. The Fed`s hawkish voting members believe an increase should come soon to prevent overheating while its doves believe this risks interrupting a slow recovery.

"At one level, maybe the doves are beating the hawks, but the facts are that the data are supporting staying put," said Jared Bernstein, former chief economic adviser to Vice President Joe Biden.

Other major central banks are also wrestling with weak growth. Also on Tuesday and Wednesday, the Bank of Japan will met to review its so-far ineffective stimulus efforts. The European Central Bank, which like the BoJ has resorted to negative interest rates, left its policies unchanged this month.

While likely holding the federal funds rate at 0.25-0.50 percent on Wednesday, the Fed could signal in stronger terms that a rate hike is coming, if for no other reason than to prevent complacency in the markets.

But ahead of the meeting, FOMC members have remained publicly at odds over what they should do.

A week ago, Boston Fed President Eric Rosengren suggested that US had reached full employment and that "gradual tightening" could be advisable.

Days later Fed Governor Lael Brainard said the rate hikers` case was the "less compelling" because the downside risks outweighed the possibility of an upside shock.

Her fellow Fed governor Daniel Tarullo simply predicted next week`s talks would be "robust" while the outgoing Atlanta Fed President Dennis Lockhart said they would be "serious."

The flow of economic data in the seven weeks since the last FOMC meeting is with the doves.

"The arguments among those who would raise are based on future projections that have proven to be wrong time and again," said Bernstein.

Despite steady monthly job creation, which came in at a solid 151,000 new positions in August after a soaring 255,000 in July, the unemployment rate has remained at 4.9 percent for three months, suggesting that full employment in slack labor markets are still a ways off.

Signs of inflation so far have likewise been unconvincing. In July, the core personal consumption expenditures price index, or core PCE, stood at 1.6 percent from the same month last year, still significantly below the Fed`s target of 2 percent.

Indeed, in a speech in Chicago on Monday, Brainard noted that core PCE had undershot the Fed`s target for 51 straight months, making any trend difficult to discern.

This month, it will also difficult for the United States to act alone, according to Joseph Gagnon of the Peterson Institute for International Economics, noting that other economies were mid-stimulus.

"As long as Europe and Japan are easing, they can`t tighten," he told AFP. "It makes the Fed not to want to tighten because the rest of the world isn`t going to support us."

"It`s probably one of the most split committees in a long time because the economy is such a close call."