Apple or Amazon, which company will be the first in history to breach $1 trillion mark? 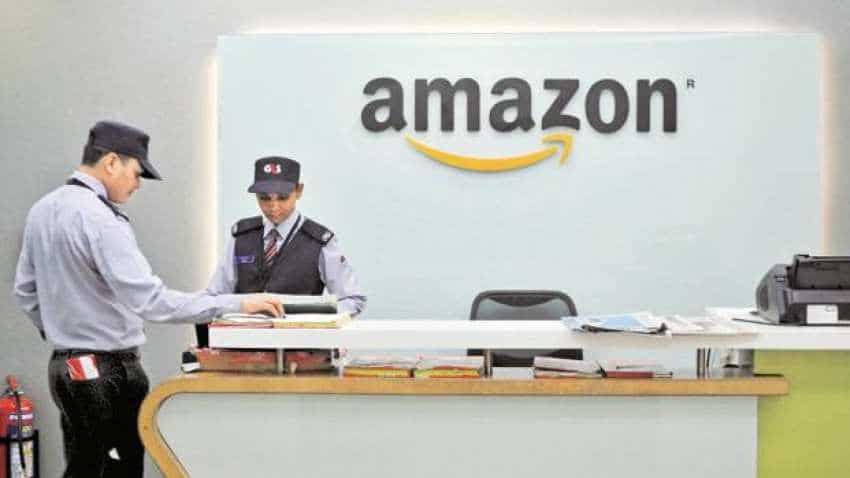 Apple, world's most valuable company in terms of market capitalisation, may have been the first company in history to cross the $700, $800, and $900 billion marks, but it appears Amazon, the second largest listed US company by market value, will give Apple a tough fight on breaching the crucial $1 trillion mark.

It looked almost certain for so long that Apple will soon become a $1 trillion company, however, a recent rally in Amazon share price has narrowed the difference between the market value of two tech giants.

With this, Amazon is closing in on Apple, as both edge towards a $1 trillion valuation. Apple's existing market capitalisation is ruling around $935 billion.

In 2018, Apple share price rallied 12 per cent, while Amazon share price shot up dramatically to the tune of 57 per cent. Amazon shares are now worth 123,000 per cent more than when the company's IPO was launched in 1997. That said, An investor who bought 1 share of Amazon for $18 in the IPO would now have an investment worth more than $22,200, including three stock splits in the 1990s, said Reuters.

After Amazon founder Jeff Bezos founded the online book-selling company in his garage in 1994, it survived the dot-com crisis and then expanded across the retail industry, altering how consumers buy products and setting off a Darwinian struggle among brick-and-mortar stores.

After announcing on Wednesday that it sold more than $100 million products during its annual Prime Day sale, the Seattle-based company’s stock briefly touched $1,858.88, giving Amazon a stock market value of $902 billion. It later reversed, trading down 0.16 per cent for the session.

Meanwhile, Amazon will report its June quarter results on July 26 and Apple, which has been reducing its share count through buybacks, is scheduled to declare its Q1 results on July 31.