Since Beijing started clamping down on corporate debt in 2017, many real estate developers have turned to off-balance-sheet vehicles to borrow money and skirt regulatory scrutiny, analysts and lawyers say. 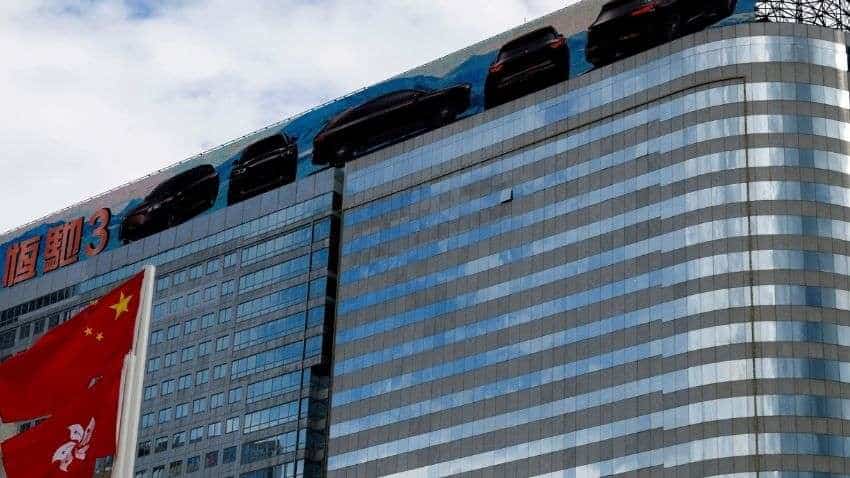 Numbers don`t lie, you just need to be looking at the right ones.

That`s the problem for investors searching for the next trouble spot in the Chinese real estate sector as industry giant China Evergrande Group lumbers towards what is expected to be the country`s largest-ever corporate default. The figures on the books sometimes don`t tell the full story.

Since Beijing started clamping down on corporate debt in 2017, many real estate developers have turned to off-balance-sheet vehicles to borrow money and skirt regulatory scrutiny, analysts and lawyers say.

Joint ventures are a popular choice because, unless a company holds a controlling interest in one, it can keep details of it and the debt it acquires off its balance sheet.

"Nearly every developer has borrowings in disguise. The sector`s debt problem is worse than what you see," said He Siwei, attorney at Hui Ye Law Firm.

Chinese developers owed 33.5 trillion yuan ($5.24 trillion)through various channels at the end of June, Nomura estimates, based on official statistics, adding "there are definitely other obscure financing channels yet to be covered."

Private bonds issued by shell companies in offshore locations have emerged as a new concern.

In a note this month, Fitch ratings agency said that Fantasia Holdings Group, a property developer which has since defaulted, had recently told it "for the first time" that it had $150 million of private bonds that do not appear to have been reported in its financial statements.

Fantasia did not respond to a request for comment. The company had over $4 billion worth of cash at the end of June and two weeks before it defaulted said that it had "ample capital".

Unsurprisingly, investors have begun to look in less obvious places as the sectors` most troubled firms have been locked out of international capital markets.

Some of those developers hit hardest had better-looking financials than those whose bonds had been less impacted, according to an analysis by JPMorgan, underlining a lack of faith in balance sheets.

Out of 70 Chinese property developers rated by Moody`s, 27 have "significant" exposure to joint ventures, compared with five out of 49 in 2015.

Under a typical joint venture, a developer sets up a minority-owned real estate project with an asset manager or private equity fund and promises them fixed returns. The developer usually agrees to buy back its stake from the other investor after a certain number of years.

This year`s escalation of Evergrande`s woes meant that its failure to make a bond payment last month was largely expected. Once China`s top-selling property developer, Evergrande has over $300 billion in liabilities, equivalent to about 2% of China`s gross domestic product.

It was the posterchild for the sector`s credit-fuelled growth with a debt pile that has nearly quadrupled since 2016.

Evergrande`s financing model, which depended on a constant stream of new sales to feed its operations, quickly ran into trouble when Beijing introduced its so-called "Three Red Lines" rules last year that capped the amount of debt developers could take on compared to the amount of cash, assets and equity capital they held.

Evergrande did not have many joint ventures, analysts say but it did use off-balance sheet debt for funding, such as sales of wealth management products.

It also appears to have had exposure to private bonds, according to a bond term sheet seen by Reuters.

JPMorgan analysts estimated that Evergrande`s true net gearing -- a measure of a company`s financial leverage -- was at least 177% at the end of June, compared to the 100% reported in its accounts.

It is not the only one. JPMorgan estimated R&F Properties` gearing jumped to 139% from 123% once disguised debt was added back on while Sunac China Holdings` figure leapt to 138% from 87% to name just a few.

"I don`t think anyone knows for sure the real size of Evergrande`s debt piles," said a bond regulator who declined to be identified.

Evergrande, R&F Properties and Sunac China did not respond to requests for comment.

The China Securities Regulatory Commission (CSRC), which overseas disclosure by bond issuers, including developers, didn`t respond to a request for comment on the issue of hidden debt.

Hong Kong`s audit regulator has said it is investigating Evergrande`s 2020 accounts and their audit by PwC because it had concerns about the adequacy of reporting. PwC did not comment on the announcement of the probe.

China`s central bank governor Yi Gang said on Sunday that China`s economy faces default risks for certain firms due to "mismanagement", and that authorities will try to prevent problems at Evergrande from spreading.

In a press conference on Oct 15, another central bank official said that Evergrande is "an idiosyncratic risk" with limited spillover effects, urging developers to be responsible for repaying their debt.

Due to increased investor scrutiny, some Chinese developers have started to bring some of their joint ventures onto their balance sheets. In most cases, that leads to a jump in minority interests, according to a report earlier this year by rating agency S&P Global.

Minority interests are considered equity rather than debt and, on paper, boost a company`s financial strength.

But with the mass sell-off leaving prices at rock bottom and the yields available on some of the bonds now well over 200%, some investors have been dipping their toes back in this week despite warnings of a treacherous trade.

"Absolutely there are hidden risks," said Jeff Grills, head of emerging market debt at Aegon Asset Management. "And the thing is it is hard to know until you know,"