Airbus warns could leave Britain if no Brexit deal

The European group, which directly employs nearly 15,000 people in Britain, warned that crashing out of the bloc would be "catastrophic" and force it to consider its investments. 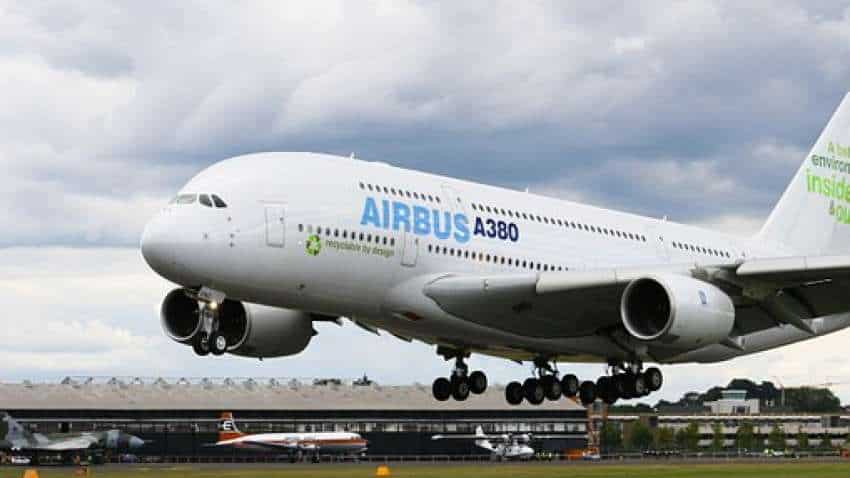 Aviation giant Airbus has warned it could pull out of Britain if it leaves the European Union without a deal, upping the pressure today on Prime Minister Theresa May to make progress in negotiations with Brussels.

The European group, which directly employs nearly 15,000 people in Britain, warned that crashing out of the bloc would be "catastrophic" and force it to consider its investments.

May's government insists it must hold out the possibility of walking away as a negotiating tactic, but says it expects to get a deal before it exits the bloc on March 29, 2019.

"We have made significant progress towards agreeing a deep and special partnership with the EU to ensure trade remains as free and frictionless as possible, including in the aerospace sector," a spokeswoman said.

However, talks are stalled on the issue of the Irish border and Britain's indecision over the deal it wants.

EU leaders, who will meet May at a Brussels summit next week, have warned that time is running out.

"While Airbus understands that the political process must go on, as a responsible business we require immediate details on the pragmatic steps that should be taken to operate competitively," Williams said.

In a Brexit risk assessment, Airbus said leaving the EU's single market and customs union immediately with no agreed transition deal "would lead to severe disruption and interruption of UK production".

Delays and disruptions to its production could cost it up to one billion euros ($1.2 billion) a week in lost turnover and would be "catastrophic".

"This scenario would force Airbus to reconsider its investments in the UK, and its long-term footprint in the country," the report published late Thursday said.

Airbus builds wings and landing gear for commercial aircraft at 25 centres in Britain and also has a space technology centre.

It directly employs nearly 15,000 people and also supports more than 100,000 further jobs in the supply chain. The prospect of losing so many jobs has sparked widespread alarm.

In Wales, where Airbus supports around 11,700 jobs, the devolved government run by the UK opposition Labour party said its report was "extremely worrying".

"We have repeatedly warned that the UK cannot take the huge economic risk of cutting ourselves adrift from the single market and the customs union," a spokesman said.

A string of airlines, banks and other corporate household names have already activated their contingency plans to move jobs or restructure because of Brexit.

The government has agreed a post-Brexit transition period that will last until December 2020, to allow time for a new economic partnership to be struck with the EU.

But Airbus said this was "too short" for a new agreement to be made and "too short for Airbus to implement the required changes with its extensive supply chain".

"In this scenario, Airbus would carefully monitor any new investments in the UK and refrain from extending the UK suppliers/partners base," it said.

Williams admitted that "in any scenario, Brexit has severe negative consequences for the UK aerospace industry and Airbus in particular".

He called for more clarity on the situation, adding: "We have sought to highlight our concerns over the past 12 months, without success." The government spokesman said it was "working closely with companies to understand their concerns".

"Alongside industry (it) will invest almost ?4 billion by 2026 to ensure the UK remains a world leader in civil aerospace," he said.