2018 global growth to roll to highs not seen in eight years: Reuters poll 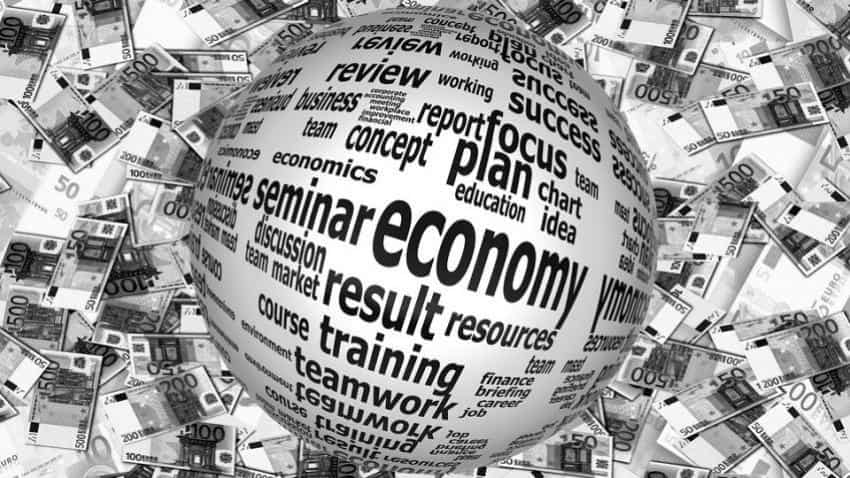 The global economy is predicted to grow 3.7 percent this year, the fastest since the 4.3 percent in 2010. Representational photo. Image source: Pixabay

The global economy is expected to grow at a robust pace this year and reach an altitude not seen since 2010, as momentum builds in developed economies and inflation revives, Reuters polls of over 500 economists showed.

Major central banks are expected to move away from ultra-easy monetary policy this year, but borrowing costs are still accommodative and should underpin growth.

The latest Reuters polls taken this month, covering more than 45 countries, not only underscored optimism on growth but also showed inflation forecasts were either upgraded or left unchanged in nearly 70 percent of those economies.

"For the first time in a long while, global growth is speeding up away from its average rather than recovering back towards it," said James Sweeney, chief economist at Credit Suisse.

The global economy is predicted to grow 3.7 percent this year, the fastest since the 4.3 percent in 2010.

That was an upgrade from the 3.6 percent predicted in October`s poll but lower than the International Monetary Fund`s outlook of 3.9 percent growth this year.

Nearly 70 percent of over 140 respondents who answered an extra question said the global economic boom was more likely to gain momentum this year and push inflation higher than currently predicted.

Those expectations were largely driven by growth in developed economies, particularly the euro zone and the United States - which may not be firing on all cylinders yet but enough to keep things rolling.

The rising euro poses a threat in Europe and could challenge the European Central Bank as it moves to end its money printing by the end of the year [ECILT/EU].

"All the conditions for the classic macroeconomic sequencing of a growth phase have now come together. All the countries in the EU have not only seen a return to positive growth but are showing a marked acceleration in activity," wrote Michael Carey, chief U.S. economist at Credit Agricole CIB, in a note.

"The ECB has again signaled that, despite the improved growth prospects, the process of monetary normalisation will be slow, and it has managed to lock market expectations into its timetable."

But for Britain, above-target inflation and a buoyant job market won`t push the Bank of England to tighten policy until at least November as it waits to see how divorce talks with the EU develop.

The U.S. economy was predicted to grow at its fastest pace in three years in 2018, fueled by the biggest tax overhaul since the 1980s, but economists said the expected boost will be short-lived and will keep the Federal Reserve on track with its current guidance of three interest rate increases this year.

One conclusion from the latest surveys was inflation expectations, which showed the risk is now skewed more to the upside with last year`s pessimism somewhat tempered.

Indeed, over 80 percent of nearly 140 economists who answered a separate question said any significant barriers to global trade in 2018 were unlikely.

"Global trade barriers are definitely a downside risk to our forecasts this year, but is not our baseline case. No country will benefit from erecting trade barriers, so we see such an outcome as still unlikely," said Scott Anderson, chief economist at Bank of the West.

But the remaining 24 respondents said some barriers were likely to emerge. A few hurdles mentioned were the North American Free Trade Agreement (NAFTA) talks, Brexit negotiations and rising risks of a U.S. trade war with China.

A majority of economists in a separate Reuters poll last week said NAFTA will probably be renegotiated successfully with no significant changes, despite the Trump administration`s saber-rattling.

"I still suspect that adults will prevail and NAFTA will not be allowed to collapse," said William Dickens, head of the economics department at Northeastern University in Boston.

But concerns over U.S. protectionism and a nationalist presidential candidate have weighed on the peso, stoking fears of faster inflation in Mexico.

Barring that country, the latest poll showed economists` confidence in Latin America`s growth prospects strengthening ahead of major elections in the region.

Expectations of solid economic growth though was not widespread to other emerging market economies, with Turkey, India and China forecast to slow this year.