Japan`s SoftBank Group Corp is expected to report a small rise in its fourth-quarter profit, while investors look for details on whether the conglomerate plans to monetise its almost $100 billion Vision Fund through an IPO. 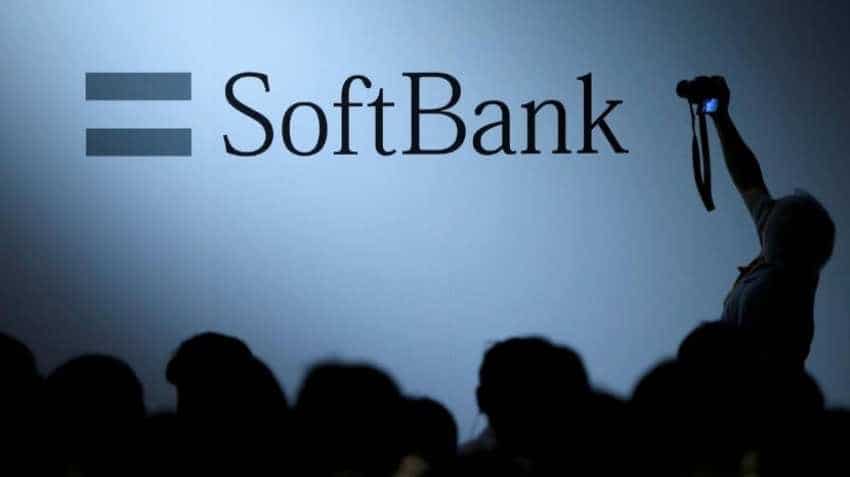 Japan`s SoftBank Group Corp is expected to report a small rise in its fourth-quarter profit, while investors look for details on whether the conglomerate plans to monetise its almost $100 billion Vision Fund through an IPO. SoftBank is considering taking the Saudi-backed investment fund public, a source said on Friday, adding that no formal process has been started.

Following the listing of the group`s domestic telco SoftBank Corp in December, the Vision Fund is the largest segment in SoftBank`s earnings without a market valuation. It is, however, unclear how the world`s largest technology investment fund could be listed in its current form.

SoftBank is expected to post on Thursday a 1 percent rise in operating profit to 156 billion yen ($1.41 billion) for the three months ended March, an average estimate of three analysts polled by Refinitiv shows. SoftBank has not provided a forecast and moved to new accounting standards this financial year.

The results come at a potential inflection point for the group and the Vision Fund as portfolio companies like Uber Technologies and the owner of WeWork, The We Company, prepare to list, putting a price tag on some of the conglomerate`s largest bets on unlisted startups.

With investors struggling to quantify Vision Fund`s growing investments amid a lack of clarity over its valuation methods, analysts think the listings could help underscore its strategy. Uber is set to price its $10 billion IPO on May 9, seeking a valuation of up to $90 billion. That is lower than what Uber insiders had hoped for, but investors have reported strong demand for the shares.

The lower valuation comes after rival Lyft Inc`s poor stock performance after its market debut. That reflects investor scepticism over Lyft`s path to profitability, with peers likes Uber and WeWork also heavily losing money. In China, Sequoia Capital China, viewed as a bellwether for tech investment, is set to lay off as much as 20 percent of investment staff as a slowdown in the tech sector saps appetite for risk, two people have said.

While the Vision Fund has previously profitably exited its stakes in Indian online retailer FlipKart, which it sold to Walmart, and in already-public chipmaker Nvidia Corp, Uber will be its first portfolio company to go public. SoftBank`s rapidly growing investments continue to cause investor headaches in valuing the business, while also raising concerns about returns and SoftBank`s indebtedness.

SoftBank Group`s domestic telco reports its financial results a day ahead of its parent. Three analysts on average see a weak end to SoftBank Corp`s year, with operating profit set to fall 11 percent to 94 billion yen. While the telco hopes a series of joint ventures with SoftBank portfolio companies will help drive growth, pressure on carrier fees have left many investors in wait-and-see mode.

Sprint Corp, a SoftBank unit, and T-Mobile US Inc last month extended the deadline for completing their $26 billion merger, as regulators have yet to decide whether to approve the transaction announced a year ago.

SoftBank Group`s shares have risen almost 60 percent this year, but the telco`s shares are down 3 percent and languish 12.5 percent below their December 1,500 yen IPO price.For a graphic story on `A tale of two SoftBanks`, click: https://tmsnrt.rs/2DHuDoIJapan`s financial markets, closed for extended "Golden Week" national holidays, will reopen on Tuesday.