WhatsApp as well as other leading instant messaging apps have recently adopted an end-to-end encryption. The encryption process itself is solid, messages that leave your device are encrypted and they stay that way until they reach their final destination 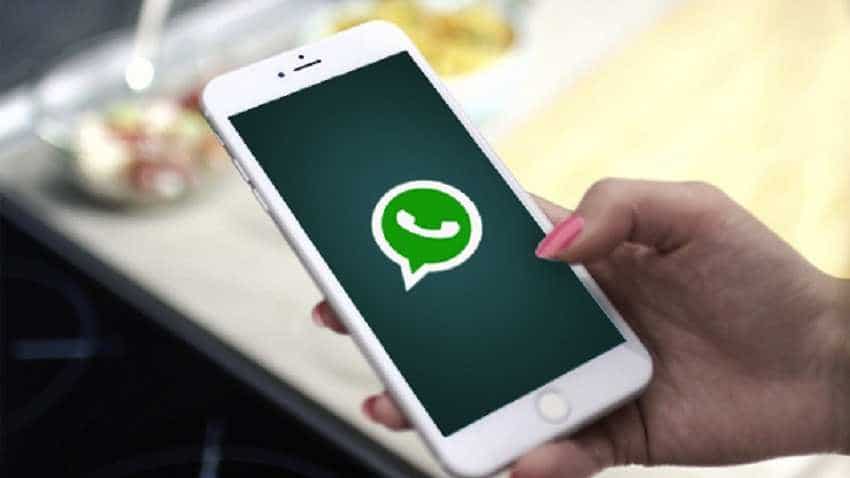 The piece of NSO Group software exploited WhatsApp`s video calling system by installing the spyware via missed calls to snoop on the selected users.

If we blame end-to-end encryption of WhatsApp for the Israeli spyware Pegasus that affected 1,400 select users of the Facebook-owned messaging app globally, including 121 in India, we will be barking up the wrong tree, say experts. WhatsApp provides end-to-end encryption by default, which means only the sender and recipient can view the messages. But the piece of NSO Group software exploited WhatsApp`s video calling system by installing the spyware via missed calls to snoop on the selected users.

This raised questions about the utility of encryption, which also prohibits security agencies from tracing the origin of messages. Traceability of WhatsApp messages is a key demand that India has put forward. But security experts have warned that blaming end-to-end encryption for the spyware would not be right.

"WhatsApp as well as other leading instant messaging apps have recently adopted an end-to-end encryption. The encryption process itself is solid, messages that leave your device are encrypted and they stay that way until they reach their final destination," Yaniv Balmas, Head of Cyber Research, Check Point Software Technologies, told IANS.

"However, on your device, as well as on the receiving device the messages are decrypted so you can read them. A malicious application running on your device can inspect them, change or delete them just as well as you could. So the issue here is not in the applications or in their encryption protocol, but in the environment they are installed in," Balmas said.

"But once anyone can get to your handset, whether a human or a piece of software, the encryption doesn`t matter any more. Because on your handset, it`s all decrypted," he explained.

"There`s plain text on your screen, and plain audio or video in your camera. The right kind of spyware in your handset can read those messages or even listen in on your phone`s mic to what someone is saying in the room, or see what`s happening around, with the camera.

"If that happens then all apps are affected, not just WhatsApp. The spyware doesn`t care about the app -- it just reads the screen. So, the recent incident has not changed the fact that E2EE apps/platforms are secure. Or the fact that spyware on your handset (which has many vectors: this time it was WhatsApp, but it is usually SMS or email) can compromise your entire handset and all its apps," Roy said.

In his memoir "Permanent Record", whistleblower Edward Snowden wrote that the Internet is currently more secure now than it was in 2013, especially given the sudden global recognition of the need for encrypted tools and apps.

Snowden, who served as an officer of the Central Intelligence Agency (CIA) and worked as a contractor for the National Security Agency (NSA), rocked the world in 2013 after he revealed that the US was secretly building a way to collect the data of every person in the world, including phone calls, text messages and email.

Balmas agreed the move to embrace encryption by chat applications marked a "good progress" in terms of user security and privacy.

"The encryption is solid and the algorithms behave as expected, however risks are still there, especially ones that originate from the surrounding operating system, which cannot be controlled or expected by any of the instant messaging software providers," he said.