WhatsApp said on Tuesday that a security breach on its messaging app had signs of coming from a government using surveillance technology developed by a private company, and it may have targeted human rights groups. 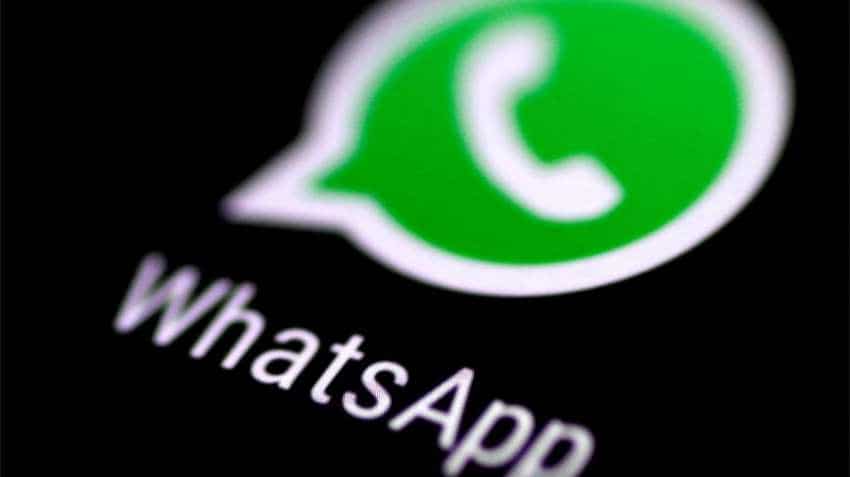 WhatsApp, a unit of Facebook, said it had notified the US Department of Justice to help with an investigation, and it encouraged all WhatsApp users to update to the latest version of the app, where the breach had been fixed. Image source: Reuters

WhatsApp said on Tuesday that a security breach on its messaging app had signs of coming from a government using surveillance technology developed by a private company, and it may have targeted human rights groups. WhatsApp, a unit of Facebook, said it had notified the U.S. Department of Justice to help with an investigation, and it encouraged all WhatsApp users to update to the latest version of the app, where the breach had been fixed.

WhatsApp, one of the world`s most popular messaging tools, is used by 1.5 billion people monthly. It has touted its high level of security and privacy, with messages on its platform being encrypted end-to-end so that WhatsApp and third parties cannot read or listen to them. The company said it was still investigating the breach but believed only a "select number of users were targeted through this vulnerability by an advanced cyber actor."

WhatsApp said its advice to all users to update came "out of an abundance of caution" and a recommendation by Citizen Lab, a research group at the University of Toronto that it notified about the vulnerability before the announcement. It did not disclose how many users were affected. A technical advisory published on Facebook`s security website said the vulnerability affected both Android and iPhones.

A WhatsApp spokesman said the attack was sophisticated and had all the hallmarks of a "private company working with governments on surveillance."  The FBI and Justice Department declined to comment.

"They said they believed it was NSO Group, but they also couched it in very careful terms with many caveats, because attribution is hard," she said. Like Citizen Lab, EFF was among the groups WhatsApp notified several days ago about the vulnerability. A second person familiar with the matter also identified NSO Group as the suspected culprit.

NSO did not comment on the specific attacks. In a statement sent to Reuters, NSO said it would investigate any "credible allegations of misuse" of its technology.  The company said it never picks or identifies targets of its technology, "which is solely operated by intelligence and law enforcement agencies. NSO would not or could not use its technology in its own right to target any person or organization, including this individual."

One target of the new WhatsApp exploit was a United Kingdom-based human rights lawyer who spoke on condition of anonymity. He said an attack against him took place on Sunday after WhatsApp issued its update and was not successful. The lawyer had contacted Citizen Lab after receiving previous suspicious WhatsApp calls.

The lawyer is helping a Saudi dissident and several Mexican journalists mount civil cases against NSO Group for its alleged role in selling hacking tools to the Saudi and Mexican governments, which they allege were used to hack into their phones.  There are currently four known legal cases against NSO Group, including three in Israel and one based in Cyprus. NSO is being sued for damages allegedly caused by the sale of its tools, which the company says it sells only to law enforcement and intelligence agencies pursuing legitimate targets, such as terrorists and criminals.

WhatsApp said it was "deeply concerned about the abuse" of such surveillance technologies and that it believed human rights activists may have been the targets. "We`re working with human rights groups on learning as much as we can about who may have been impacted from their community. That`s really where our highest concern is," the spokesman said.

Citizen Lab tweeted on Monday: "We believe an attacker tried (and was blocked by WhatsApp) to exploit it as recently as yesterday to target a human rights lawyer." Citizen Lab told Reuters that the person was the UK lawyer, who had approached Citizen Lab after receiving multiple WhatsApp calls from unknown numbers at strange hours, making him suspicious.

Ireland`s Data Protection Commission (DPC), WhatsApp`s lead regulator in the European Union, said WhatsApp had notified the agency late on Monday of a "serious security vulnerability" on its platform. "The DPC understands that the vulnerability may have enabled a malicious actor to install unauthorised software and gain access to personal data on devices which have WhatsApp installed," the regulator said in a statement.

Cyber security experts said the vast majority of WhatsApp users were unlikely to have been affected.