WhatsApp rolled out a test of its payment system in India, its biggest market by users, earlier this year. 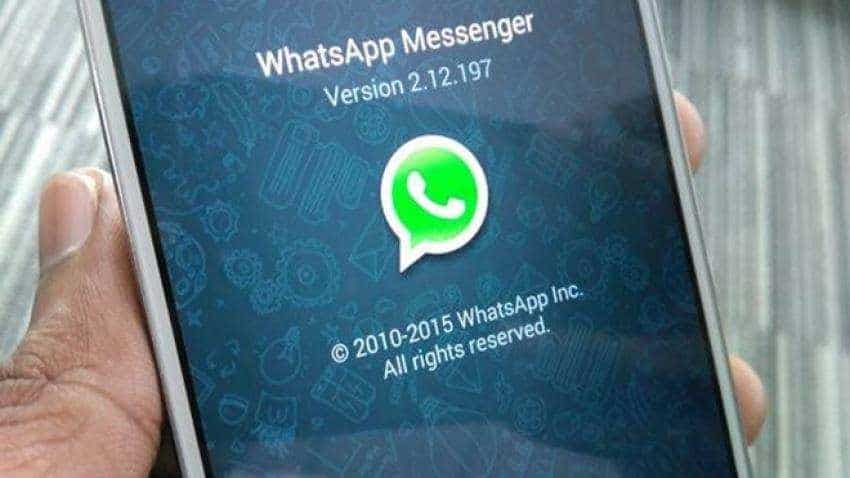 WhatsApp rolled out a test of its payment system in India, its biggest market by users, earlier this year, Image source: Reuters

Mobile messaging platform WhatsApp Tuesday said it has built a system that stores payments-related data in India, in line with RBI's data localisation policy. The Reserve Bank of India (RBI), in a circular in April, had said all system providers will have to ensure that the entire data relating to payment systems operated by them are stored in a system only in India. It had given time till October 15 to comply with the mandate.

"In response to India's payments data circular, we've built a system that stores payments-related data locally in India," WhatsApp spokesperson said in a statement. WhatsApp - which began piloting its payments service in India earlier this year - said almost one million people in the country are currently "testing" the feature. The spokesperson said WhatsApp hopes to expand the payments feature across India soon, so that it can "contribute to the country's financial inclusion goals".

On Monday, Finance Minister Arun Jaitley had met RBI Deputy Governor B P Kanungo to discuss the data localisation norm for global financial technology companies. The meeting had been attended by Economic Affairs Secretary Subhash Chandra Garg, Financial Services Secretary Rajiv Kumar and IT Secretary Ajay Prakash Sawhney. The data localisation mandate by RBI had drawn mixed response from the industry with domestic payment companies like Paytm and PhonePe welcoming the decision, while their global counterparts like Google (which offers Google Pay in India) have backed free flow of data.

At the same time, some international players have sought more time and also asked that they be allowed to mirror the data. Internet major Google, for instance, is learnt to have agreed to follow the RBI's local data storage norm for payment services but wants time until December to comply with the rules, a government source had recently indicated.

Besides this, nearly ten international associations are believed to have recently drafted a joint letter flagging concerns with some of the proposed clauses of even the personal data protection bill, which too mandates local storage of certain types of data.

These industry bodies are said to be of the view that data localisation proposed in the draft bill could have "significant negative effects" on the ability of companies to do business in India. Meanwhile, WhatsApp, which has drawn flak from the government for circulation of fake news on its platform, has been testing its payments services in India for a few months now.

India is the largest market for WhatsApp with the country accounting for over 200 million of its total 1.3 billion user base. The government has already sent two notices to WhatsApp on the fake news circulation issue, following which the company has taken a number of steps to curb the menace. These include restricting the number of forwards that can be sent in one go, forward labels to highlight such messages and appointment of a grievance officer for India.