WhatsApp ALERT! We may cease to exist in India, says app official

Facebook-owned WhatsApp offers end-to-end encryption by default which means only the sender and the recipient can see the messages in circulation - not even WhatsApp. 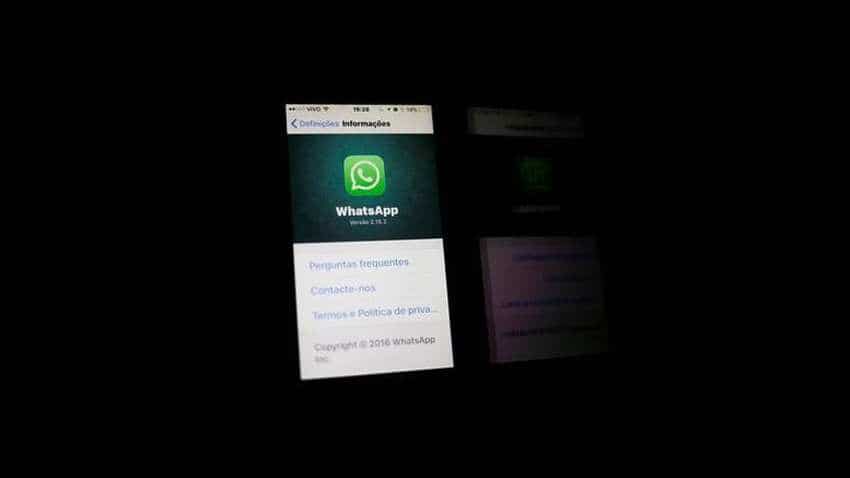 Of the proposed regulations, the one which concerns us the most is the emphasis on traceability of messages, said Carl Woog, WhatsApp Head of Communications. Reuters

For those who love WhatsApp and just cannot do without it, this may come as shocking news! Some of the proposed government regulations for social media companies operating in India are threatening the very existence of WhatsApp in its current form, a top company executive said here on Wednesday. With over 200 million monthly active users, India is WhatsApp`s biggest market in the world. Globally, the platform has over 1.5 billion users.

"Of the proposed regulations, the one which concerns us the most is the emphasis on traceability of messages," Carl Woog, WhatsApp`s Head of Communications, told IANS on the sidelines of a media workshop.

Facebook-owned WhatsApp offers end-to-end encryption by default which means only the sender and the recipient can see the messages in circulation - not even WhatsApp. Without this feature, Woog explained, WhatsApp will be a completely new product.

"The proposed changes are going overboard and are not consistent with strong privacy protections that people around the world are seeking," said Woog, who served as the Spokesperson for the Barack Obama administration in the US.

"Given the end-to-end encryption we have in place, the regulations will require us to re-artchitect our product," he said, adding that in such a scenario, WHatsApp messaging service would cease to exist in its current form.

Without denying the possibility of WhatsApp quitting the India market in case the new regulations come into force, Woog told IANS: "It will not help to speculate what is to come. There is a process in place in India to discuss this issue".

The end-to-end encryption feature of WhatsApp makes it difficult for law enforcement authorities to find out the culprit behind a misinformation campaign. But the proposed IT Ministry regulations require social media platforms to follow a due diligence process to prevent the use of their services for spreading misinformation and provoking violence.

Facing flak from the government over dozens of lynching incidents in the country last year which were linked to rumours spread on WhatsApp, the Facebook-owned messaging service introduced several new measures including limiting the number of messages that a user can forward to five and appointing for the first time a country head for the organisation.

"We ban nearly two million suspicious accounts every month. While roughly 20 per cent of these accounts are banned at the time of registration, over 70 per cent of the spam accounts get banned without a recent user report," Woog said.

"These efforts are particularly important during elections where certain groups may attempt to send messages at scale," WhatsApp said.

WhatsApp accounts which are flagged by users by taking advantage of an in-app "report" feature are reviewed by a team of human workers. When someone reports an account, the WhatsApp team can see the last few messages in the chat.

WhatsApp said it was hiring more reviewers with competence in regional languages in India ahead of the Lok Sabha elections.

Addressing one of the major demands from the government, WhatsApp said, "As part of establishing our operations in India, we have identified a Grievance Officer who can be contacted directly if a user has a concern about their WhatsApp experience and is unable to report it through other channels."