The Android device, due out in September, will potentially beat rivals on price but will still face fierce competition, with Apple`s highly anticipated 10th anniversary iPhone also expected next month and Samsung`s Galaxy Note 8 set to hit the market next week. 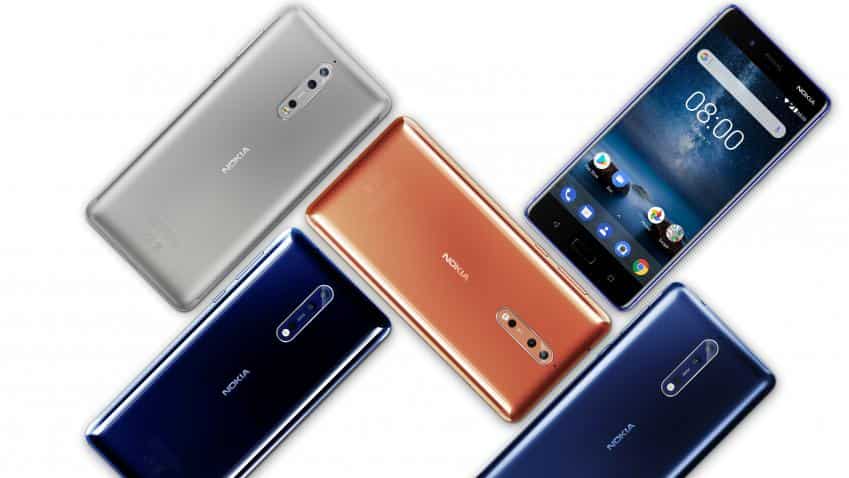 HMD Global, the Finnish start-up looking to reinvigorate the Nokia phone brand, unveiled the Nokia 8 on Wednesday, hoping to cash in on rising consumer demand for high-quality audio and video features.

The Android device, due out in September, will potentially beat rivals on price but will still face fierce competition, with Apple`s highly anticipated 10th anniversary iPhone also expected next month and Samsung`s Galaxy Note 8 set to hit the market next week.

With a suggested price tag of around 599 euros ($703), the Nokia 8 undercuts Apple, which typically offers a stripped down version of its latest phones for a similar price but charges hundreds of euros more for memory and key features.

The new top-of-the-line Nokia sports a dual-sight video feature which enables simultaneous live-streaming on social media networks from both front and rear cameras on a split screen. It has licensed lens technology from camera maker Zeiss.

It is the most high-end phone so far from HMD, which was set up late last year and made a splash in May when it revived Nokia`s classic 3310 feature handset in new brightly coloured versions.

Other features of the Nokia 8, which will also compete with Huawei`s recently launched [HWT.UL] P10, include surround-sound audio technology made for Nokia`s own virtual reality camera OZO for Hollywood professionals.

HMD products are built by a unit of Foxconn, which acquired the manufacturing and distribution assets of the former Nokia phone business from Microsoft last year.

Once the world`s dominant phonemaker, Nokia Oyj sold its handset operations to Microsoft in 2014, leaving it to focus on telecoms network equipment.

HMD is owned by Smart Connect LP, a private equity fund managed by Jean-Francois Baril, a long-serving former senior vice president of Nokia. It took over the Nokia feature phones business in December and has a licensing deal giving it sole use of the Nokia brand on all phones and tablets.

It has so far launched four smartphones and five feature phones, including the 3310.

Rantala said he was happy with initial sales of the previous smartphones, but declined to disclose any sales figures yet.

HMD will pay Nokia royalties for the brand and patents.

Last month, HMD announced that its CEO Arto Nummela, a former Nokia executive, was leaving the company for personal reasons, without elaborating.