The antitrust hearing was originally scheduled for Monday. 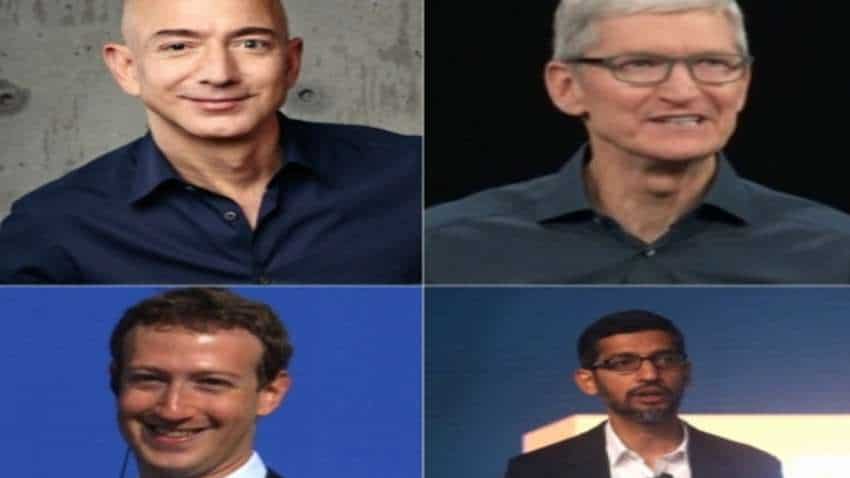 The face-off meeting between the US government and tech giants Amazon, Apple, Facebook and Google will now happen on July 29, where the CEOs Jeff Bezos, Tim Cook, Mark Zuckerberg and Sundar Pichai are to testify before the House Judiciary antitrust subcommittee.

The antitrust hearing was originally scheduled for Monday.

The House Judiciary Committee and the Antitrust Subcommittee confirmed "the hearing would now begin at noon on Wednesday", reports CNBC.

The congressional hearing as earlier postponed in the wake of the death of civil rights icon and Democratic Congressman John Lewis.

Lewis who became a towering figure of the civil rights movement and a longtime US Congressman died last week after a six-month battle with cancer. He was 80.

The US House of Representatives' Judiciary Committee would ask the tech CEOs some tough questions over their dominance in their fields of e-retail, smartphone software, social media and Search.

"Since last June, the Subcommittee has been investigating the dominance of a small number of digital platforms and the adequacy of existing antitrust laws and enforcement," House Judiciary Committee Chairman Jerrold Nadler (D-NY) and Antitrust Subcommittee Chairman David Cicilline (D-RI) said in a statement earlier this month.

"Given the central role these corporations play in the lives of the American people, it is critical that their CEOs are forthcoming. As we have said from the start, their testimony is essential for us to complete this investigation".

The panel announced its antitrust probe into the four tech giants in June last year.