The smartphone market in India is the world`s second biggest after China, but the premium segment (above Rs 35,000) constituted just three per cent of this market that shipped 142.3 million units in 2018. 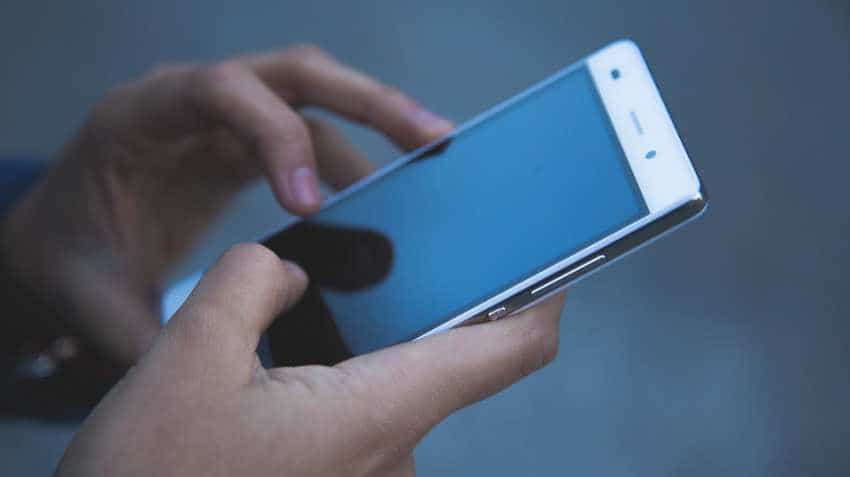 The price cut in the present models has to do more with the preparation for the arrival of the next model in the series. Photo: Pixabay
Written By: IANS
RELATED NEWS

In a sign of intense competition in the premium smartphone segment in India, the price gaps among the top brands are narrowing ahead of the launch of OnePlus 7 series on May 14. Apple, Samsung and Google have recently cut the prices of their premium smartphones in India. Apple has even reduced the price of iPhone XR by up to Rs 23,000. "Global OEMs (original equipment manufacturers) are now looking at India more seriously when it comes to the premium smartphone segment," Hanish Bhatia, Senior Analyst, Devices and Ecosystem, Counterpoint Research, told IANS. "Price cuts are a part of the pricing strategy to trim down the huge price gap between competitor offerings," Bhatia added.

The smartphone market in India is the world`s second biggest after China, but the premium segment (above Rs 35,000) constituted just three per cent of this market that shipped 142.3 million units in 2018, according to the market research firm International Data Corporation (IDC). This relatively smaller market is definitely less crowded than the budget segment, but that does not mean the competition is less intense. Taking the price war, Apple earlier this month started offering a "promotional offer" to bring down the cost of its Rs 76,900 iPhone XR (64GB) by as much as Rs 23,000.

South Korean tech giant Samsung, which according to Counterpoint Research, surpassed OnePlus to become the premium segment`s number one player in the first quarter of 2019, also slashed its prices sharply for its Galaxy S10 line. Galaxy S10 line now starts at Rs 46,900, thanks to cashbacks of up to Rs 11,000, Samsung announced last week. "In case of Samsung, the discount trend on S10 series is similar to last year, when it launched discount offers for S9 series. However, Apple is pushing its low-end flagship iPhone XR, keeping it marginally above Samsung Galaxy S10 range," Bhatia said.

"At the same time, upcoming OnePlus launches are anticipated to come at a higher price tag compared to last year. This means the price gaps between competitor offerings will be minimized this year," he added. The base variant of OnePlus 6 was launched last year at Rs 34,999. The price of Google Pixel 3 came down up to Rs 56,880 from a starting price of Rs 71,000 when it was launched last year.

"Ultimately, consumers will have an option to choose among three premium brands at an additional delta cost of 10-15k for each brand -- OnePlus, Samsung and Apple. Meanwhile, Huawei and Google are also making attempts to penetrate the premium market," Bhatia said.

According to Faisal Kawoosa, Founder and Chief Analyst at techARC, the price cut in the present models has to do more with the preparation for the arrival of the next model in the series. "Mostly this is the time when brands start phasing out the incumbent model and prepare for the arrival of the next in the series. As a consequence, they reduce the prices to make it potentially available for the next layer of prospective buyers," he added.