Tesla's store-shuttering strategy may pull the rug out of solar. 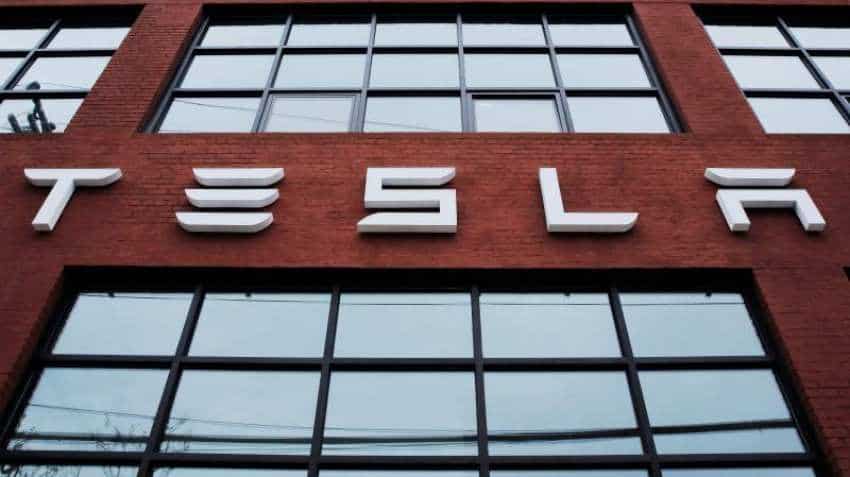 Tesla said all sales for its energy and solar products around the world would now be online only, too. Photo: Reuters
Written By: Reuters
RELATED NEWS

Tesla Inc`s sudden decision to shutter the bulk of its stores around the world raises a red flag over the future of its solar branch, a declining business it paid $2.6 billion for in a controversial 2016 deal. Chief Executive Elon Musk`s announcement on Thursday that the electric vehicle maker would close "many" of its stores around the world to sell cars online-only removes the only retail outlet for solar sales since Musk pulled the plug on a partnership with Home Depot last June.

"Solar is now the stepchild at Tesla. They`ve made two decisions in a row that deal crippling blows to the solar business and they may be regretting the Home Depot idea," said Frank Gillett, principal analyst at Forrester Research.

"It doesn`t feel thoughtfully done, it`s rushed. Basically it will hurt them from a brand and marketing point of view," Gillett said.

When Tesla made its offer for SolarCity - a debt-laden solar-panel sales and installation company founded by two of Musk`s cousins - its stock price was down 70 percent from its all-time high. Musk cast the deal as a "no-brainer" rife with synergies, in which customers could be sold both cars and solar energy systems.

That has not yet proven to be the case, and Tesla`s solar business has been shrinking as selling the Model 3 sedan became Tesla`s priority. As part of company-wide layoffs last June, Tesla closed about a dozen solar installation facilities.

Tesla said all sales for its energy and solar products around the world would now be online only, too.

"The majority of our residential solar and Powerwall orders are already placed outside our retail stores, including online or via referral, and we believe this shift to online sales, paired with a dedicated energy adviser from our support team, will result in the best, most seamless customer experience in the industry," a Tesla spokesman told Reuters.

Tesla cited a cut in prices of its residential solar systems by as much as 25 percent in November, representing savings of between $3,000-$5,000 on average, helped by streamlining its sales operations, and said the shift to online sales would unlock additional cost efficiencies.

Ending the deal with Home Depot, whose stores generate high foot traffic, took a huge bite out of Tesla solar sales. In the fourth quarter, the company deployed 73 megawatts of retrofit solar systems, down 21 percent from the prior quarter and well below SolarCity`s more than 200 megawatts a quarter in early 2016. Total energy generation and storage revenue fell 7 percent from the prior quarter to $371.5 million.

Besides selling private-label and third-party solar panels, Tesla sells energy storage systems for home and business use, so-called Powerwalls and Powerpacks. Tesla has said nearly all Powerwall-only orders are placed via the web or certain third-party solar installers.

Installations of the solar roof tiles unveiled by Musk in 2016 are at a "slow pace," Tesla said in its 2018 annual report, due to design changes. Progress at Tesla`s solar factory in Buffalo, New York, where the tiles are to be manufactured, meanwhile, has been stalled by assembly-line problems.

One former solar seller laid off in January told Reuters that 70 percent of leads on solar had come from Home Depot. Upper management at Tesla "didn`t appreciate the significance" of the deal with the big-box retailer, the source said.

"If you want to go mass volume, you have to go after the customers," the source said. "Solar isn`t sexy enough to have the customer come to you."

Musk said Tesla will still keep open a small number of stores in high-traffic locations as galleries and information centres, where details about energy products will also be offered.

When customers order a car on Tesla`s website, they are alerted during the configuration process to the possibility of ordering solar or other energy products.

In January, Tesla said it was "still in the process of transitioning our sales channel from former partners to our Tesla stores and training our sales team to sell solar systems in addition to vehicles."

But former solar salespeople told Reuters that Tesla had already put solar on the back burner, with Tesla-branded panels not even available for installations in the latter half of 2018.

"They`d tell us the focus of the company is the Model 3," said one former seller, who left the company in January. "The Model 3 has to be successful or there`s no company."