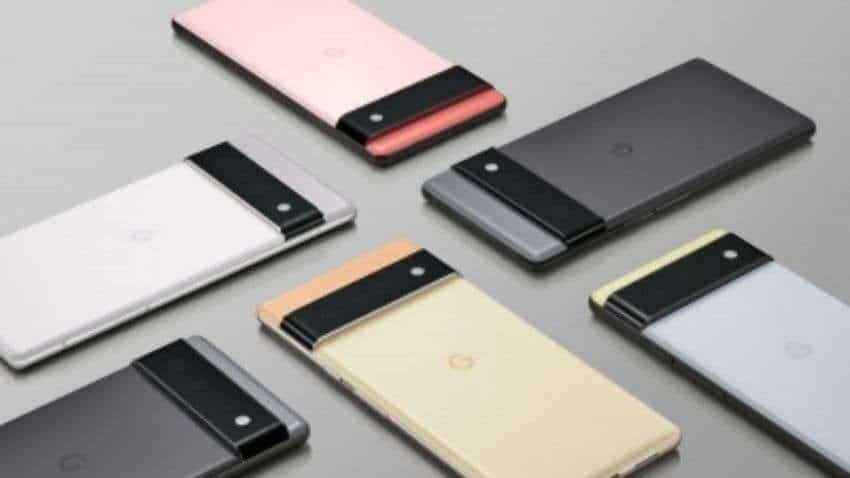 Online channels captured around 55 per cent of the smartphone shipments during the quarter. Image Source: Google Pixel

India's smartphone shipments declined 2 per cent year-on-year to reach over 52 million units in September quarter 2021 on account of higher pent-up demand last year due to the pandemic, according to a Counterpoint Research report.

"The smartphone market continues to show signs of resiliency and the quarterly numbers would have been even higher if not for the component shortages that escalated during the quarter," the report said.

"The consumer demand outweighed the supply due to the high pent-up demand. Keeping in mind the global component shortage, most of the brands were aggressively working to secure enough stock for the festive season. The demand in the online channels remained strong and reached highest-ever shipments in Q3 2021,? he added.

Online channels captured around 55 per cent of the smartphone shipments during the quarter.

India's overall mobile handset market declined 5 per cent year-on-year in the quarter under review. 2021. Samsung regained the top position in the overall handset market with 17.6 per cent share, followed by Xiaomi (15.5 per cent), Vivo (10.1 per cent), itel (10 per cent) and Realme (9.9 per cent).

The report noted that Transsion Group brands (itel, Infinix and Tecno) registered 72 per cent y-o-y growth and captured a 9 per cent share collectively in the overall India smartphone market. Itel remained the top smartphone brand in the sub-Rs 6,000 price band.

Strong demand for the iPhone 12 and iPhone 11 were the major factors in Apple's growth and the company became the top 5G smartphone brand in the premium segment for the first time, it added.

OnePlus grew 55 per cent y-o-y in the third quarter, driven by the OnePlus Nord Series and registered its highest ever shipments in India. The brand captured the second spot in the premium segment (over Rs 30,000).