Defending its devices just days before its roll-out, a Samsung spokesperson assured that the firm would "thoroughly inspect" the units. 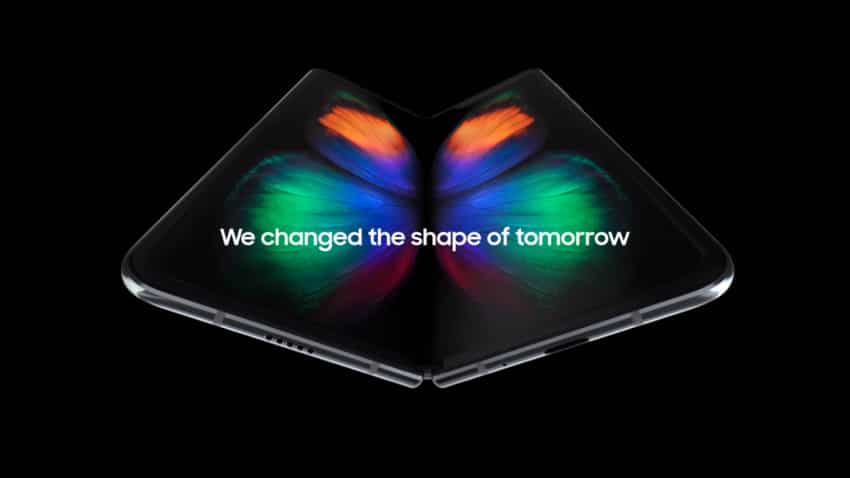 According to market research firm Gartner, foldable phones would make up 5 per cent of high-end phones sales by 2023 with around 30 million units. Photo: Samsung Official Website
Written By: IANS
RELATED NEWS

Samsung has postponed the Galaxy Fold`s launch events in Hong Kong and Shanghai, which were originally scheduled for April 23 and 24, days after some units of the $2,000 foldable phone encountered major display issues.

"The firm is blaming the decision on a last minute issue with the venue, according to someone claiming to be familiar with the matter.

"But that seems a little too convenient seeing as the handset has been under heavy fire all week, after a number of units broke after being in the hands of reviewers for less than a day," the SamMobile reported late on Sunday.

The handset maker obviously doesn`t want to associate these delays with the broken review units, but given the timing, chances are Samsung wants to buy more time to address these issues before the next wave of shipments, according to the Engadget.

Sub-titling the review "Yikes", The Verge said that the flaws were "distressing to be discovered just two days after receiving the review unit".

Defending its devices just days before its roll-out, a Samsung spokesperson assured that the firm would "thoroughly inspect" the units.

The super-expensive foldable smartphone was launched during the Mobile World Congress in Barcelona in February followed by Huawei launching its own foldable phone, the Mate X.

According to market research firm Gartner, foldable phones would make up 5 per cent of high-end phones sales by 2023 with around 30 million units.

The phone comes with the world`s first 7.3-inch Infinity Flex Display, which folds into a compact device with a cover display that is capable of opening up to three active apps simultaneously on the main display.