Expanding its mid-tier offerings for consumers in the US, Samsung on Sunday launched two mid-range Android devices -- the Galaxy A6 smartphone and a 10.5-inch tablet Galaxy Tab A. 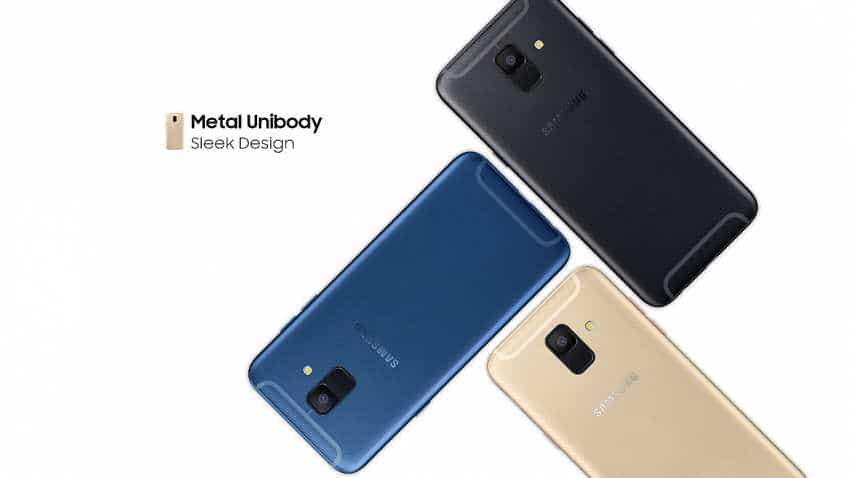 Single-SIM "Galaxy A6", priced at $359.99 comes with a 5.6-inch super AMOLED "Infinity Display", 3GBRAM and 32GB internal storage, which is expandable up to 400GB. Image source: Official website
Written By: IANS
RELATED NEWS

Expanding its mid-tier offerings for consumers in the US, Samsung on Sunday launched two mid-range Android devices -- the Galaxy A6 smartphone and a 10.5-inch tablet Galaxy Tab A.

The smartphone runs on Android 8.0 Oreo and is fuelled by a 3000mAh battery, along with fingerprint as well as facial recognition unlock system.

"The Galaxy `A6` joins the Galaxy J, S and Note series, while `Galaxy Tab A` joins the Galaxy Tab S4 tablet. The strengthened mid-tier gives consumers more flexibility to choose the phone or tablet that best fits their needs," the company said in a statement late on Saturday.

The tab features an 8MP rear camera with auto focus (AF) and a 5MP front camera with flash.

"Consumers are increasingly looking for innovative features and high-quality hardware in mid-tier mobile devices. Samsung is delivering by expanding its line-up with excellent devices offered at an exceptional value," the company added.

The US-specific devices will be available for consumers starting on September 14.