Realme 5 Pro review: For under Rs 15,000, what you get will awe you, barring minor hiccups

Realme 5 Pro review: The freshly baked, Realme 5 Pro was launched last month with slightly better features and hardware specifications as compared to its the Realme 5. The highlight of the latest 5 series is the quad-camera setup feature. Notably, Realme 5 Pro boasts a 48MP quad-camera setup at the rear and also offers the powerful Qualcomm Snapdragon 712 octa-core chipset. All of this priced under Rs 15k! 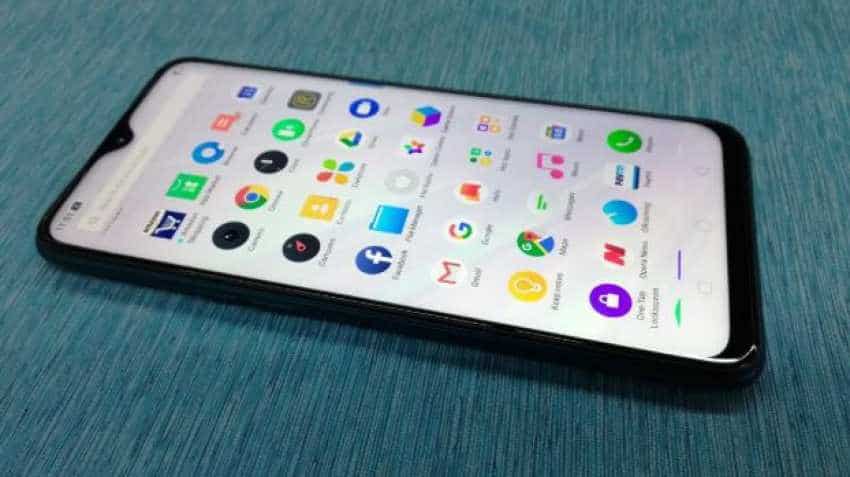 Now with a great display, attractive design, a flawless fingerprint scanner and as many as four great cameras; all for this price is an ideal buy for anyone who is looking to grab a smartphone that can do virtually everything out there.
Written By: Hardik Bansal
Edited By: Harish Dugh
RELATED NEWS

Realme 5 Pro review: Realme is one of the few smartphone brands in India that is actively launching smartphones non-stop. And drawing eye-balls too! From design to camera and processor to build quality, the brand is posing a tough fight for rivals for sure. The freshly baked, Realme 5 Pro was launched last month with slightly better features and hardware specifications as compared to its the Realme 5. The highlight of the latest 5 series is the quad-camera setup feature. Notably, Realme 5 Pro boasts a 48MP quad-camera setup at the rear and also offers the powerful Qualcomm Snapdragon 712 octa-core chipset. All of this priced under Rs 15k!

Consumers have a plethora of options to pick from due to recent launches in this range. Realme 5 Pro will be competing against smartphones like Vivo Z1 Pro, Xiaomi Mi A3, Redmi Note 7 Pro and Motorola One Action in India. 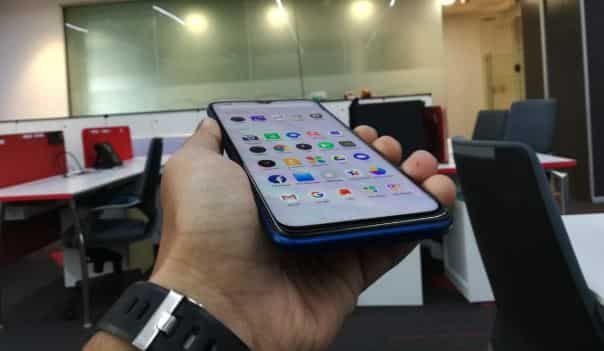 So, the camera is noteworthy as so is the processor and the price is good too, but how does it really perform?

Talking about the build quality and design, Realme 5 Pro is made up of a polycarbonate plastic material, similar to most of the Realme devices. Though the design looks attractive and the green tone blends well with the diamond cut design and gives a gradient finish. The final look is pleasing. On first sight, Realme 5 Pro has a decent look and feels tough in hands with good build-quality. However, you may need to put a permanent cover as the back panel is prone to scratches and bruises. The placement of power button on right and the volume rocker on left is perfect and works well - they are well within reach of fingers. The fingerprint scanner at the back's top centre works flawlessly and fast too. 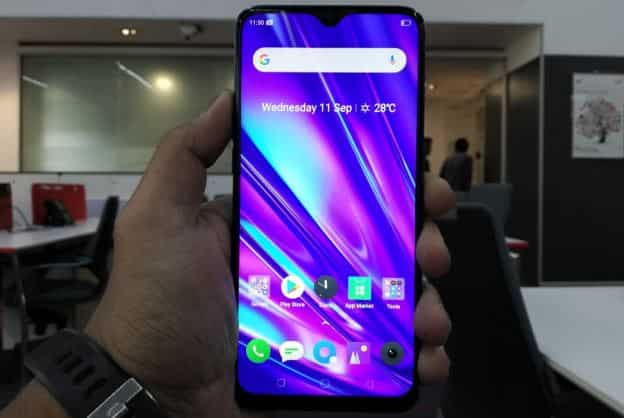 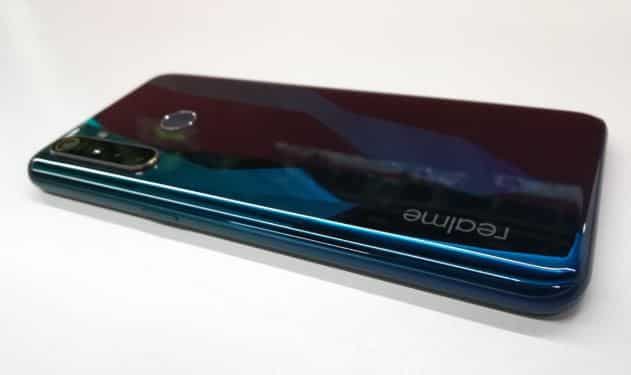 Coming to display, the Realme 5 Pro bundles a 6.3-inch full HD+ display, unlike Realme 5's 6.5-inch HD+ screen. The display comes with slim bezels and a dewdrop notch that adds beauty to the front looks. It features an IPS screen unlike AMOLED screens in many smartphones under the same category. However, the colours and a screen resolution of 2,340 x 1,080 pixels generates a great viewing experience making it really worthy at a price it comes at.

Now to the most important part -  the performance. After having used the phone, it is clear that the Qualcomm Snapdragon 712 octa-core chipset works pretty well. Be it playing heavy games (medium resolution) or doing multitasking, Realme 5 Pro delivers the promise it makes. Though the battery could be a concern for a few heavy users like those who play games extensively, watch videos, surf through social media platforms - in short, those with extended usage need to carry the charger around. Also, Realme 5 Pro comes with a 4,035mAh battery, unlike 5,000mAh one packed in Realme 5 and this is disappointing. However, the bundled VOOC 3.0 fast charger does the job easily - it re-charges your battery to 50% in just 30 minutes or so. 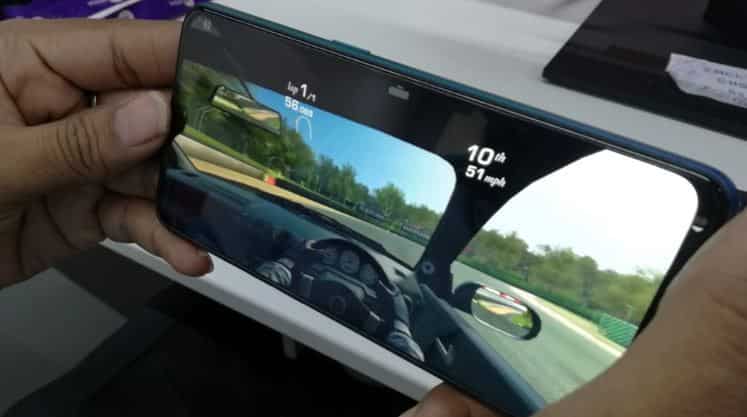 Running on Android 9 Pie and functioning on ColourOS 6, Realme 5 Pro has some concerns too. The built-in UI has a lot of pre-installed apps which cannot be removed. These additional apps and unwanted bloatware are sometimes an irritant. The speaker on the phone is average while it offers you a type C charging and an additional 3.5mm headphone jack. 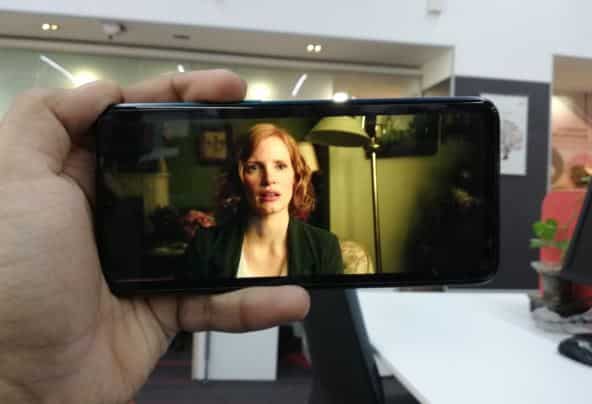 Overall, the smartphone performs well even with 20 apps running at the back-end and there was no lag or heating issues even with a continuous 1-hour gaming session. The 8GB RAM and 128GB storage variant was very much up to the mark.

Now let's talk about the major highlight and the centre of attention as far as Realme 5 Pro - the camera. Coming on rear camera first, it holds a 48MP at f/1.8 camera with 8MP at f/2.2 (Ultra-wide), 2MP f/2.4 (Macro) 2MP f/2.4 (Depth) cameras, turning it into a quad-camera army. The photos clicked in daylight were very good and looked premium proving that its 48MP shooter clearly sets standards higher than those available in this price range. The pictures were clear, sharp and looked balanced when it comes to colours and details. However, the camera lagged during low light photography. 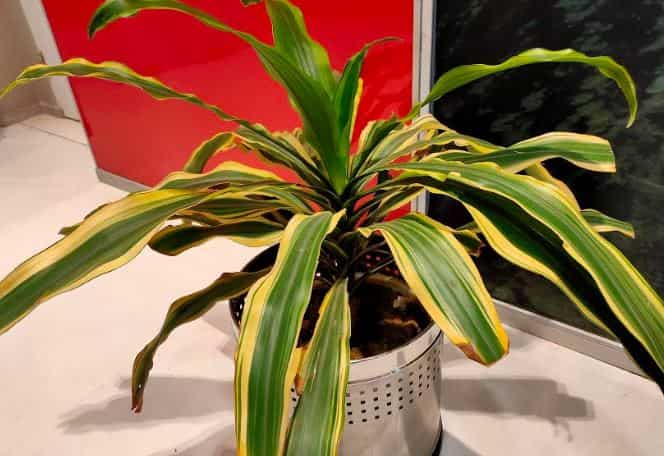 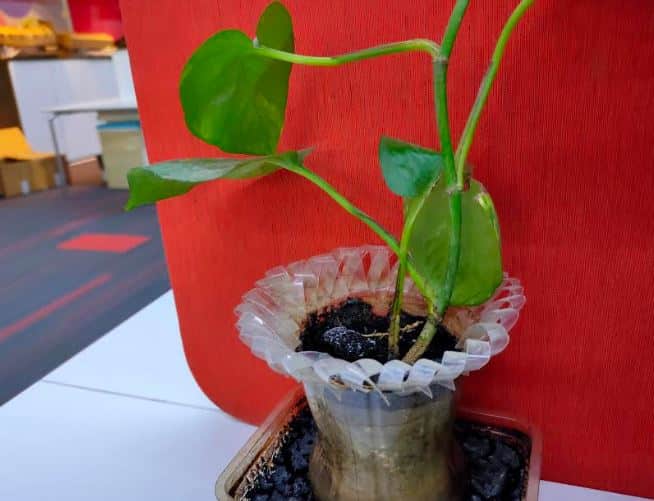 However, the macro lens did its job well and the shots were crisp and sharp. The portrait images took on Realme 5 Pro were up to the mark and with edge deduction, the images showed details and richness in each click. Talking about the front camera, the selfies taken on Realme 5 Pro's 16MP secondary camera were decent. The images were detailed and showed natural colours. While low light selfies were again a major issue which is expected to be resolved by the company soon, as Realme is planning to introduce night mode selfie in future. 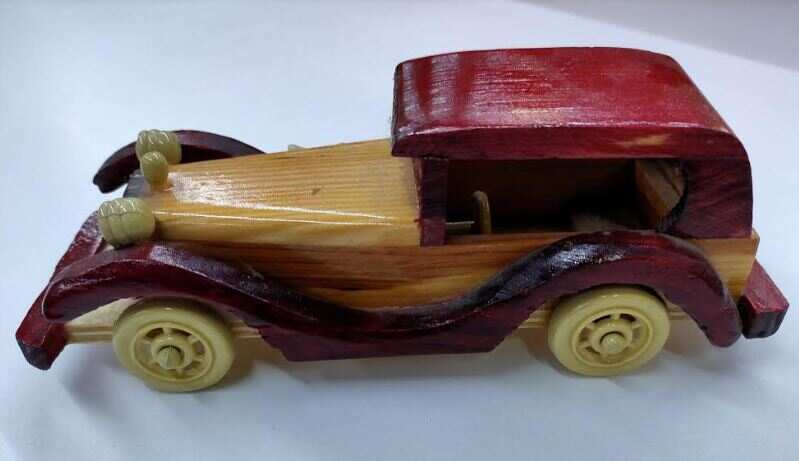 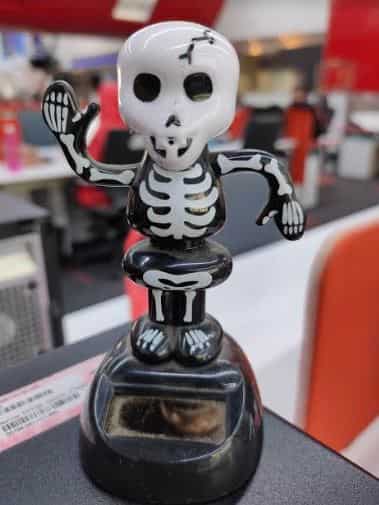 Overall, Realme 5 Pro camera does a great job - definitely, value for money. It offers a good primary sensor, wide-angle setup, a decent selfie camera; all under the affordable price tag. 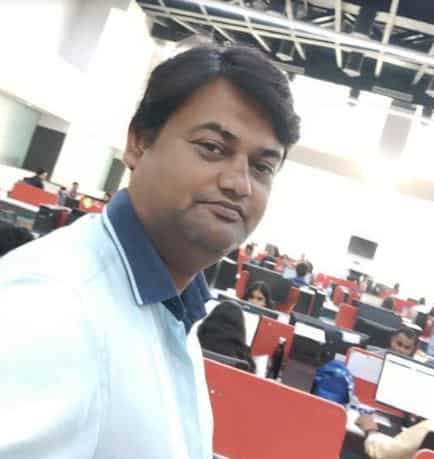 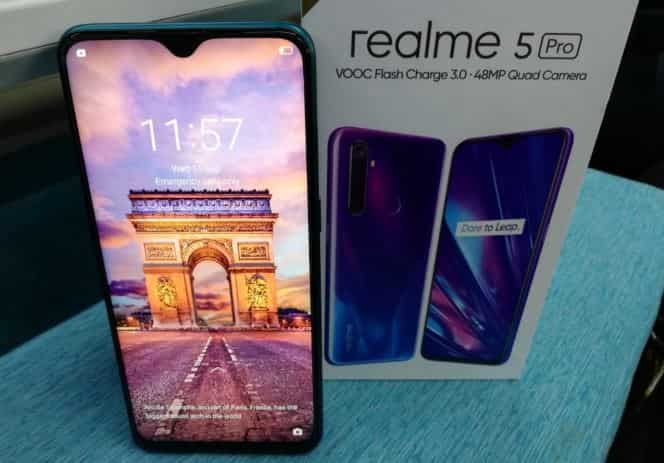 Now with a great display, attractive design, a flawless fingerprint scanner and as many as four great cameras; all for this price is an ideal buy for anyone who is looking to grab a smartphone that can do virtually everything out there. The device features many more specifications and technology than its rivals in the market. However, if you can ignore some tiny problems like poor UI, average audio, just about a decent battery and scratch-prone back panel, you must give Realme 5 Pro a buy rating for sure.