Paytm E-commerce Pvt Ltd, which operates an online shopping portal for digital and physical goods, is latest to enter the e-commerce space where rivals Amazon and Flipkart are pouring in billions of dollars to boost market share. 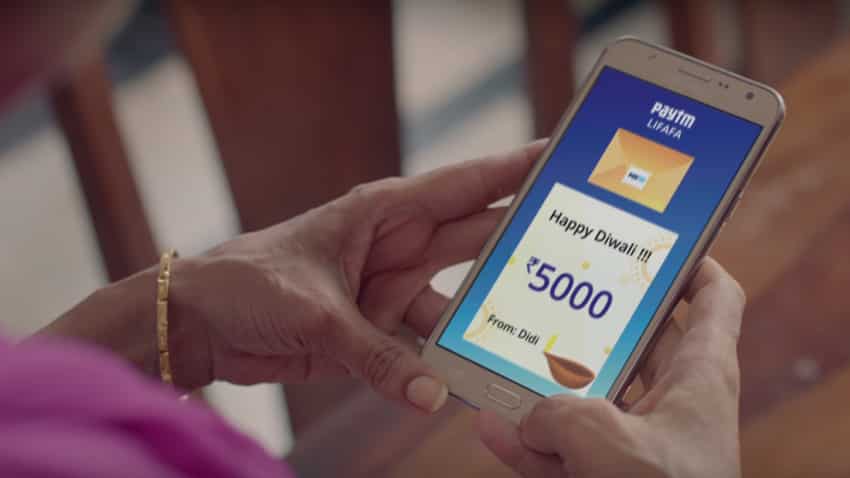 SoftBank-backed Paytm plans to invest up to $2.5 billion to grow its nascent online shopping portal business within 3-5 years as it eyes top spot by beating Flipkart and Amazon, its founder Vijay Shekhar Sharma said.

Paytm E-commerce Pvt Ltd, which operates an online shopping portal for digital and physical goods, is latest to enter the e-commerce space where rivals Amazon and Flipkart are pouring in billions of dollars to boost market share.

In an interview to PTI, Sharma, 38, exuded confidence that Paytm's e-commerce unit - Paytm Mall - has a "real good shot" at reaching the top spot even though online shopping business, as such, is a long-term bet and certainly "not for the faint hearted".

"This is a marathon. It is absolutely not about this month's number versus next," said Sharma, who sees the e- commerce business as booming, but long gestation.

"As e-commerce business, we started six months ago and we are nearly half of the large companies. It has grown so fabulously well that we believe that we have a real good shot in the longer horizon, in 3-5 years, of (reaching) the top spot," he said.

The e-commerce business in India has grown at a phenomenal pace with two giants US based Amazon and home grown Flipkart battling it out for leadership of the market.

Jeff Bezos -- world's richest man -- has committed $5 billion investment into Amazon India, which he believes is a key market.

Flipkart, on the other hand, had received $2.5 billion from SoftBank and Tencent earlier this year.

Sharma, who shot to fame after Paytm's mobile wallet became a household name following the government's demonetisation drive in November 2016, has since entered the business of Payments Bank as well as e-commerce.

Asked about the investments that would be infused into the Paytm's e-commerce business, Sharma said: "It will at least be 2-2.5 billion dollars".

Asserting that the company would be "efficient" in utilising the funds, Sharma said while "we would not need $5 billion, we will need couple of billion dollars".

The process of fund raising would start in January to March quarter of 2018, he said, adding that the company has already seen investor interest coming from various geographies.

"We have actually not started our fund raising process... We have interest from people, and we will probably look at it in next few months and decide the amount of money and who (will be the investors)," he said.

Drawing a distinction between the various businesses, Sharma said that while Paytm's investment horizons would not go beyond 2-3 years, the e-commerce business would involve an investment cycle of more than five years.

"It (e-commerce business) is for the people who have a long-term bet on the country," he added.

Samsung Galaxy F41 to go on sale via Flipkart, launch confirmed for October 8

We are adopting a partner-led strategy in our business: Ramesh Iyer, Mahindra Finance