The new and revised plans will be rolled out September 7 onwards across 125 cities where the company has operations, and in new cities where it will gradually expand its footprint, Airtel said in a statement. 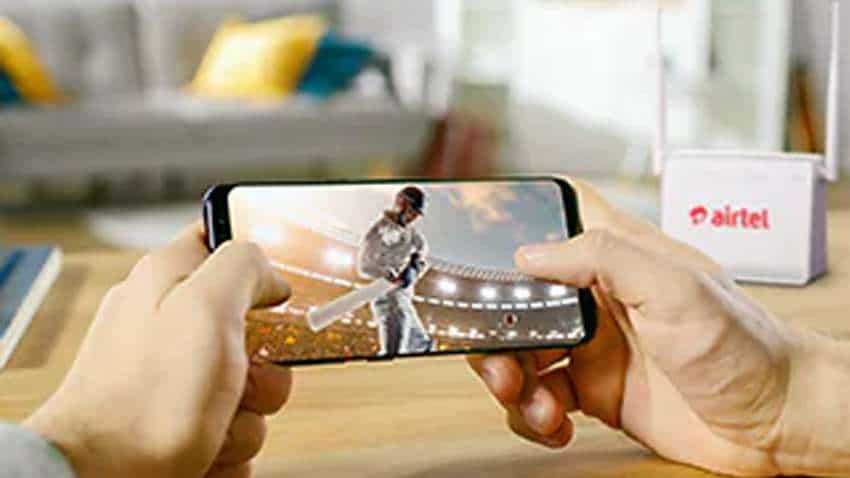 The new plans will comprise an entry level plan of Rs 499 with promised speed of 40 megabits per second. Pic from Airtel website.

Telecom operator Bharti Airtel has come up with 'unlimited' category broadband plans starting at Rs 499 per month which will come bundled with subscription to video entertainment apps and high definition set-top box (STB) against refundable deposit. Airtel has enhanced high speed data usage limit (fair usage policy) by up to 23 times in the revised plans to 3,500 gigabytes.

The new and revised plans will be rolled out September 7 onwards across 125 cities where the company has operations, and in new cities where it will gradually expand its footprint, Airtel said in a statement.

"All Airtel Xstream Fiber plans now include the Airtel Xstream Box worth Rs 3,999 that makes any TV a smart TV. Customers get access to all live TV channels plus the best of video streaming apps effectively eliminating the need for multiple entertainment devices at home," the statement said.

Airtel said subscribers will be able to access 550 TV channels, over 10,000 movies and shows on Airtel Xstream Apps, Google Playstore apps along with online gaming through its Android enabled set-top box.

The plans priced between Rs 999 to 3,999 will come bundled with subscription fees of Disney+ Hotstar, Amazon Prime Video and Zee5 as well.

"Entertainment is the space where we see an exciting opportunity. Airtel Xstream brings the best of entertainment along with unlimited high speed broadband connectivity into a single solution.

"To drive penetration of this exciting innovation, we are today making our plans even more accessible for customers," Bharti Airtel, Director-Homes, Sunil Taldar said in the statement.