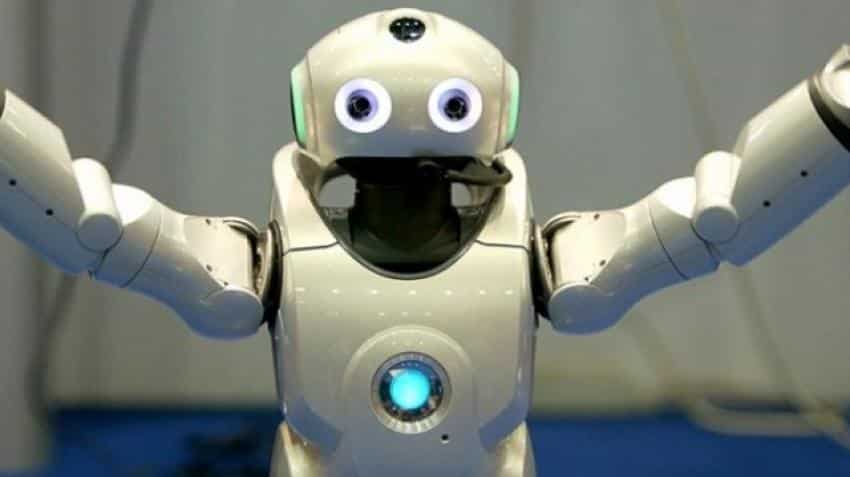 Many current techniques in artificial intelligence require robots to interact with their environment for extended periods of time to learn how to optimally perform a task. Image source: Reuters
Written By: PTI

Scientists have developed an artificial intelligence technique that will teach robots and computer programmes to interact with a human instructor and perform tasks for the army.

Researchers at the US Army Research Laboratory and the University of Texas at Austin considered a specific case where a human provides real-time feedback in the form of critique.

It is an extension of TAMER that uses deep learning - a class of machine learning algorithms that are loosely inspired by the brain to provide a robot the ability to learn how to perform tasks by viewing video streams in a short amount of time with a human trainer.

The team considered situations where a human teaches an agent how to behave by observing it and providing critique, for example, "good job" or "bad job" - similar to the way a person might train a dog to do a trick.

Many current techniques in artificial intelligence require robots to interact with their environment for extended periods of time to learn how to optimally perform a task.

Help from humans will speed things up for the agents, and help them avoid potential pitfalls, said Garrett Warnell, a researcher at the US Army Research Laboratory.

As a first step, the researchers demonstrated Deep TAMER's success by using it with 15 minutes of human-provided feedback to train an agent to perform better than humans on the Atari game of bowling - a task that has proven difficult for even state-of-the-art methods in artificial intelligence.

Within the next one to two years, researchers are interested in exploring the applicability of their newest technique in a wider variety of environments: for example, video games other than Atari Bowling and additional simulation environments to better represent the types of agents and environments found when fielding robots in the real world.

"The army of the future will consist of soldiers and autonomous teammates working side-by-side," Warnell said.

"While both humans and autonomous agents can be trained in advance, the team will inevitably be asked to perform tasks, for example, search and rescue or surveillance, in new environments they have not seen before," he said.

"In these situations, humans are remarkably good at generalising their training, but current artificially- intelligent agents are not," he added.