NASA probe blasts off on quest to collect asteroid samples 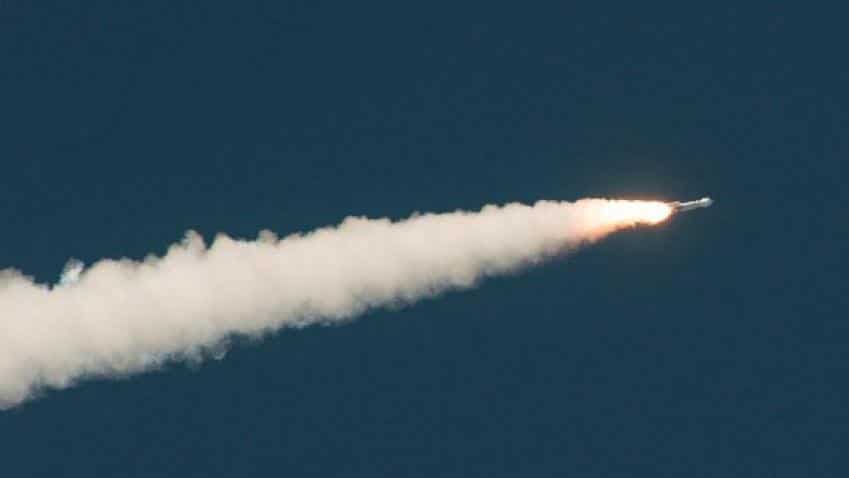 An Atlas 5 rocket blasted off from Florida on Thursday carrying a robot space probe on NASA`s first quest to collect samples from an asteroid and return them to Earth in hopes of learning more about the origins of life.

The 19-story rocket, built and flown for NASA by United Launch Alliance, lifted off at 7:05 p.m. (2305 GMT) from Cape Canaveral Air Force Station, hurling the satellite explorer Osiris-Rex on its voyage to the near-Earth asteroid Bennu.

It will take Osiris-Rex two years to reach its destination, a dark, rocky mass roughly a third of a mile wide and shaped like a giant acorn orbiting the sun at roughly the same distance as Earth.

Bennu is thought to be covered with organic compounds dating back to the earliest days of the solar system.

“You can think of these asteroids as literally prebiotic chemical factories that were producing building blocks of life 4.5 billion years ago, before Earth formed, before life started here,” NASA astrobiologist Daniel Glavin said before launch.

Scientists believe asteroids and comets crashing into early Earth delivered water and organic compounds that seeded the planet for life. Atomic-level analysis of samples from Bennu could help them prove that theory.

Once it settles into orbit around Bennu in 2018, Osiris-Rex will spend up to two more years mapping the asteroid`s surface and taking inventory of its chemical and mineral composition.

Scientists will ultimately choose a promising site on Bennu to sample and command Osiris-Rex to fly close enough to extend its robot arm to the asteroid`s surface. A sampling container will then release a swirl of nitrogen gas, which will stir up gravel and soil for collection.

"The more big pieces we can get the better ... they could contain the carbon molecules that we want to see," Jim Garvin, chief scientist at NASA`s Goddard Space Flight Center in Maryland, said on NASA TV.

After gathering at least 2 ounces (60 grams) of material, Osiris-Rex will fly back to Earth, jettisoning a capsule bearing the asteroid-sample container for a parachute descent and landing in the Utah desert in September 2023.

Only one other spacecraft, Japan’s Hayabusa, has previously returned samples from an asteroid to Earth, but it collected less than a milligram of material because of a series of problems. A follow-on mission, Hayabusa 2, is under way, with a return to Earth planned for December 2020.

Although Bennu occupies the same approximate orbital distance from the sun, it poses little threat to Earth. NASA estimates that there is a one-in-2,700 chance that Bennu might hit Earth sometime between 2175 and 2199.

United Launch Alliance is a partnership of Lockheed Martin and Boeing.

International Space Station to plunge into the Pacific Ocean in 2031: NASA