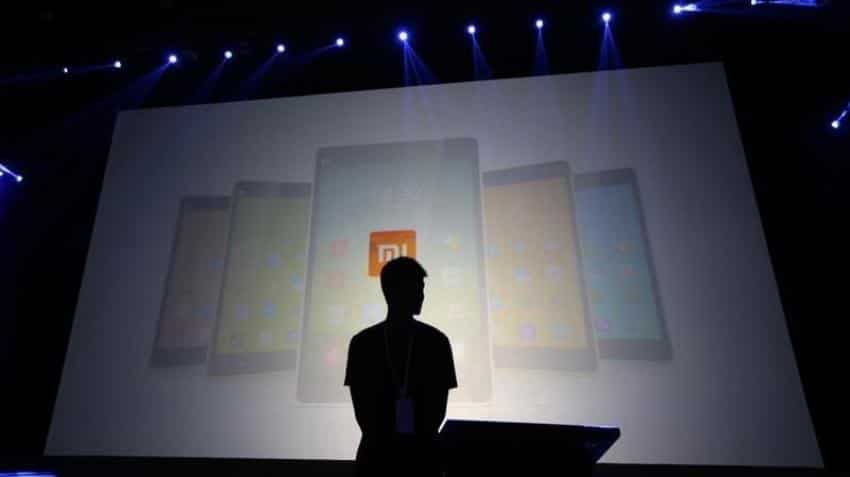 China-based vendors are thriving and their collective market share has reached a massive 53 per cent in 2017 from 34 percent a year ago. Image source:
Written By: IANS
RELATED NEWS

Despite the government`s continuous push to help domestic smartphone manufacturers, China-based vendors are thriving and their collective market share has reached a massive 53 per cent in 2017 from 34 percent a year ago, International Data Corporation (IDC) has said.

Their strength in their home market of China and weakening position of local players has helped some of these China-based players to solidify their operations in India," he added.

Finance Minister Arun Jaitley in the Union Budget announced a hike in customs duty on mobile phones to 20 per cent from 15 per cent.

"Customs duty on import of mobile phone parts will be increased to 20 per cent from the existing 15 per cent. This will boost jobs in the smartphone sector in India," Jaitley said during his speech.

According to the IDC`s "Quarterly Mobile Phone Tracker", the Indian smartphone market witnessed a healthy 14 per cent annual growth with a total shipment of 124 million units in 2017 -- making it the fastest growing market amongst the top 20 smartphone markets globally.

The market resumed its double-digit growth after a temporary slowdown in 2016 caused by factors such as demonetisation and a shortage of smartphone components.

This contrasts with China, the world`s largest smartphone market that saw its first decline this year, while the US was relatively flat.

When it comes to feature phones, 2017 was an exceptional year for this category as it witnessed a 17 per cent annual growth after declining for three consecutive years.

While feature phones remain relevant to a large consumer base in India, the Indian telecom operator Reliance Jio shipped huge shipments of 4G enabled feature phones taking the leadership position in its maiden quarter in this category, IDC said.

This resulted in a total of 164 million feature phone shipments in 2017 from 140 million a year ago.

"Xiaomi taking a lead over Samsung in the smartphone market and Reliance Jio emerging as the leading feature phone company in India were the two key highlights of the last quarter of 2017," said Upasana Joshi, Senior Market Analyst, IDC India.