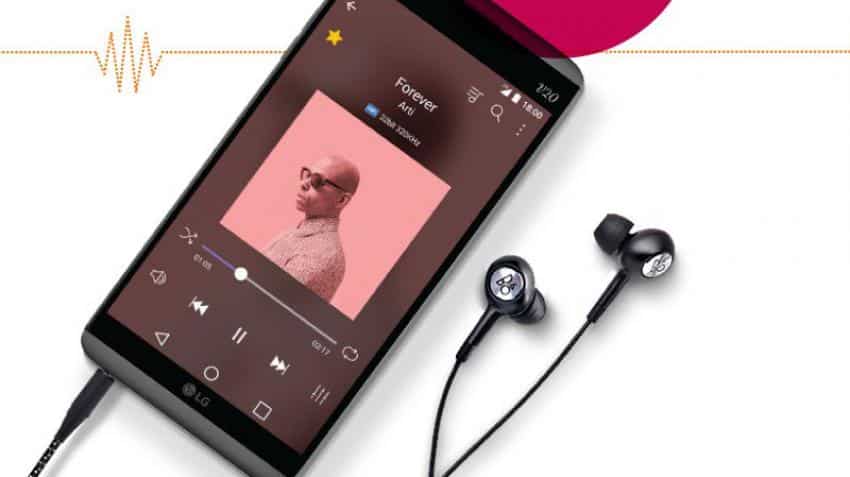 The Rs 54,999 LG V20 will be available across India through retail stores and online exclusively at Amazon from December 6.

The V20 sports aircraft-grade aluminum body and a thin bezel design. With a shock-absorbing material Si-PC that protects the top and bottom edges of V20, the smartphone is compliant with the US military standard test.

"In short, it is a multimedia powerhouse. And the best part, this smartphone has passed stringent 60,000 validation tests to be a real sturdy and durable smartphone," Gujral added.

With V20, LG has introduced the first smartphone in the industry to feature 32-bit Hi-Fi Quad DAC (digital to analog converter) capability that delivers a superior audio experience to smartphones.

The LG V20 is also the world`s first smartphone to come with wide-angle cameras on both the front and back of the phone. The V20 can take wide-angle photographs with rear-facing 135-degree and front-facing 120 degree lenses.

The V20 comes with the mobile user interface UX 5.0+. LG claims that V20 has world`s first smartphone interface that is specifically designed to work with the Android 7.0 Nougat OS.

V20 sports a 5.7-inch QHD IPS Quantum Display, 4GB RAM and 64GB internal memory that can be expanded up to 2TB via microSD card.

The device has a 16MP dual camera and 8MP wide angle shooter and 5MP front camera.

The flagship comes with a 3,200mAh removable battery, Qualcomm Quick Charge 3.0 technology and is available in titan, silver and pink colours.