Toshiba filed twice-delayed business results on Tuesday without an endorsement from its auditor and warned its very survival was in doubt, deepening a prolonged crisis at the industrial conglomerate. 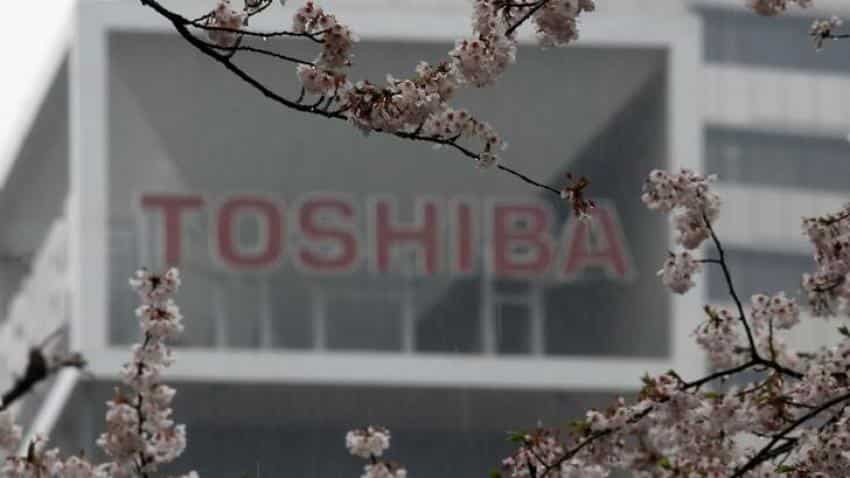 The logo of Toshiba Corp is seen behind cherry blossoms at the company's headquarters in Tokyo. Photo: Reuters
Written By: Reuters
RELATED NEWS

Toshiba to unveil nuclear writedown as it scrambles for cash

Japanese Finance Minister Taro Aso said on Wednesday that a lack of clarity on why auditors did not sign off on Toshiba Corp's earnings is problematic for shareholders and financial markets.

Aso, who is also head of the country's financial regulator, said this uncertainty could cause confusion for stock and bond markets.

Aso also said he did not want investors to lose faith in Japan's financial markets simply based on Toshiba`s problems.

Toshiba filed twice-delayed business results on Tuesday without an endorsement from its auditor and warned its very survival was in doubt, deepening a prolonged crisis at the industrial conglomerate.

"There are material events and conditions that raise substantial doubt about the company's ability to continue as a going concern," Toshiba said in announcing bigger than previously estimated losses for the nine months through December.

The filing carried a disclaimer from auditor PricewaterhouseCoopers (PwC) Aarata LLC that it was unable to form an opinion of the results, increasing the likelihood that shares in the nuclear-to-TVs company will be delisted from the Tokyo Stock Exchange (TSE).

The move is a first for a major Tokyo-based firm, and puts the stock exchange centre-stage as it weighs the pros and cons of forcing Toshiba to delist.

Toshiba Chief Executive Satoshi Tsunakawa expressed regret that the auditor could not form an opinion, and said Toshiba pressed ahead with submitting its results rather than seek an unprecedented third delay.

"The decision on any delisting is for the stock exchange to make," he told a news conference in Tokyo, the latest in a string of briefings that have opened with apologies to shareholders. "We will do our utmost to avoid it."

Failing to act tough with Toshiba would bring into question authorities` credibility in maintaining standards for investors, but a delisting would complicate the crisis at Toshiba, increasing its financing costs and exposing it to further lawsuits from angry shareholders.

Accountants have been questioning the numbers at U.S. nuclear subsidiary Westinghouse Electric Co, where massive cost overruns at four nuclear reactors under construction in the Southeastern United

PwC is questioning not only recent results, but also probing the books at Westinghouse for the business year through March 2016, sources have said, declining to be identified as they were not authorised to speak on the matter publicly.

The decision on whether or not to delist Toshiba now rests with the TSE. Toshiba has been on its supervision list since mid-March after failing to clear up concerns about its internal controls a year and a half after a 2015 accounting scandal.

There are no set rules governing how long the bourse should take to come to a conclusion.

Toshiba has put up its prized memory chip unit and other assets for sale, and Westinghouse has filed for Chapter 11 protection from creditors.

Toshiba also said on Tuesday it was considering an initial public offering or sale of smart meter group Landis+Gyr. Reuters last month reported that Toshiba was preparing a potential $2 billion divestment of the Swiss-based business.

Such a proposal by Foxconn would also put Japanese regulators in a tough position as they have vowed to vet bidders to block a sale to investors it deems a risk to national security. Foxconn is considered such a risk because of its close ties to China.

Japan`s trade minister Hiroshige Seko repeated on Tuesday that Toshiba`s chip technology was important, not only for Japan`s growth strategy, but also in terms of jobs and information security.

"For those reasons, we continue to carefully monitor Toshiba`s business conditions and the sale of its chip business," he said.

Toshiba to unveil nuclear writedown as it scrambles for cash