The 44.4-metre tall Polar Satellite Launch Vehicle (PSLV-C40) roared into a clear sky after a perfect lift-off at 9.29 a.m. following a 28-hour countdown. 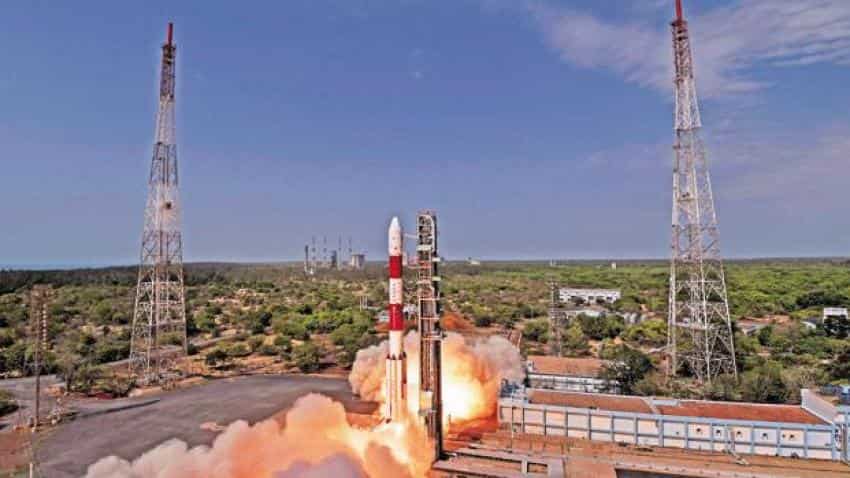 The Cartosat-2 series would orbit around the Earth for five years. Image source: PTI
RELATED NEWS

ISRO to launch 31 satellites on Jan 10

India on Friday deployed a remote sensing Cartosat and 30 other satellites, including 28 from six nations into the earth`s orbit after a copybook launch from its spaceport here.

The 44.4-metre tall Polar Satellite Launch Vehicle (PSLV-C40) roared into a clear sky after a perfect lift-off at 9.29 a.m. following a 28-hour countdown.

The 320-tonne rocket would eject the satellites one-by-one and deploy them into the earth`s lower orbit 17 minutes and 18 seconds after the lift-off.

The spaceport is about 80 km northeast of Chennai off the Bay of Bengal coast.

Of the 31 satellites, three are Indian and the rest are from Canada, Finland, France, South Korea, UK and the US.

The Indian satellites include the 710 kg Cartosat-2 series for Earth observation as the primary satellite of the mission, along with co-passenger payloads, including 100 kg micro satellite and a 10 kg nano satellite.

Cartosat-2 series was the first to be separated from the rocket and injected into the sun synchronous orbit at 505km above the earth, followed by the 10 kg nano satellite and the 100 kg micro-sat in different orbits.

The Cartosat-2 series would orbit around the Earth for five years.

The micro satellite would be India`s 100th satellite in space around the earth`s orbit.

The first space mission in 2018 came four months after a similar rocket failed to deliver the country`s eighth navigation satellite in the earth`s lower orbit on August 31, 2017.

ISRO to launch 31 satellites on Jan 10