Humanoid Sophia may dazzle at global tech event in Hyderabad

The humanoid would make her public appearance at the 22nd edition of the WCIT, to be held in the country for the first time, from February 19 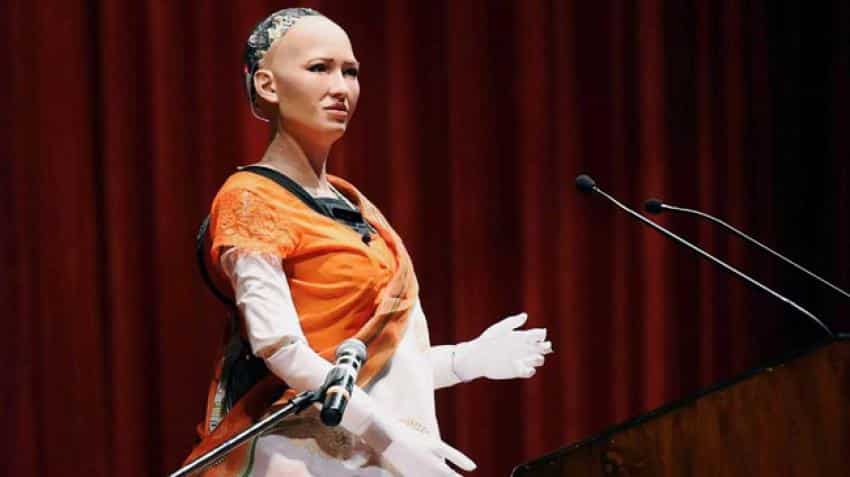 Sophia the robot, who is the first humanoid to get citizenship as a Saudi national, is expected to be a big draw as the city gears up to host the World Congress on Information Technology (WCIT), touted as the Olympics of the global ICT industry.

The humanoid would make her public appearance at the 22nd edition of the WCIT, to be held in the country for the first time, from February 19.

"We have Sophia, who has been making a lot of news in the recent past. The humanoid along with (its) inventor is going to be here," WCIT Hyderabad Ambassador, Suman Reddy told PTI.

"The robot is constantly learning very quickly; every time it makes a public appearance, apparently it's smarter than the previous time. So, that is going to be quite a draw as well," added Reddy, Managing Director of Pegasystems India.

The robot was given citizenship by Saudi Arabia last year.

It can be recalled that Sophia made her first appearance in the country at the TechFest organised by the IIT Bombay last November.

The Nasscom India Leadership Forum (NILF) would also be held along with the WCIT.

"Sri Lankan and Armenian Prime Ministers are also expected to be here," he said.

First held in 1978 by WITSA (World Information Technology & Services Alliance), the WCIT has become a premier international ICT forum since then.

Telangana has partnered with Nasscom and WITSA to host this event.

According to officials, digitisation has pervaded the heart of businesses, though the level of penetration is varied across industry verticals. Now embedded in the core of businesses, this is a disruption of altogether different level.

"The event will focus on its many facets, including opportunities, challenges and will pave the onward journey," an official of the IT industry body said.