Google's decision to launch with a single carrier echoes Apple`s agreement to launch the original iPhone with AT&T, a deal that gave Apple unprecedented control over the look of the phone and how it worked. 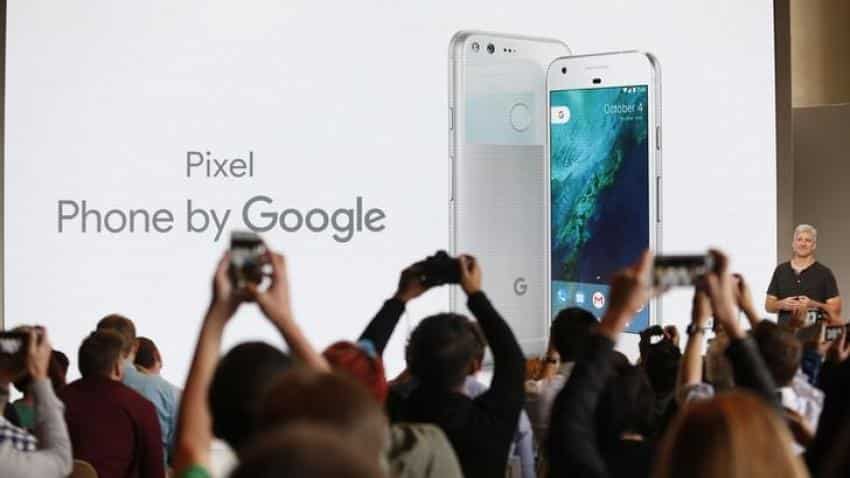 Alphabet Inc's Google on Tuesday announced a new "Pixel" smartphone and a virtual reality headset, the company's latest effort to sell consumers on Google-branded devices and to challenge Apple Inc`s iPhone at the high end of the more than $400 billion global market.

The new phone starts at a price of $649, and Google is working with exclusively with Verizon Communications in the United States, Google executives said at a launch event in San Francisco.

Google's decision to launch with a single carrier echoes Apple`s agreement to launch the original iPhone with AT&T, a deal that gave Apple unprecedented control over the look of the phone and how it worked.

While most vendors other than Apple use Google's Android operating system, the company has for years toyed with various approaches to building its own hardware without alienating manufacturers such as Samsung Electronics, the world`s top smartphone maker.

Google also announced a "Daydream View" virtual reality headset, which will be available in November for $79, in time for the end-of-year shopping season.

Google hardware chief Rick Osterloh announced the Pixel phone shortly after the event began, adding that the camera was the best available on a smartphone. The new phone can get a 7-hour charge in 15 minutes, the company said.

Google has sold another line of phones, called Nexus, since 2010, but the devices have gained little traction in a market dominated by Samsung Electronics.

Because its mobile software is available so widely, Google has struggled to distinguish its own devices, said analyst Jan Dawson of Jackdaw Research.

Google "wants to have this end-to-end experience, but it`s not clear that people really want that," Dawson said.

Shares of Alphabet were up about half a percent in midday New York trade. Shares of Verizon were down about 1%.