Alphabet Inc`s Google business on Tuesday demonstrated a way to rent cars automatically through voice commands to the company`s virtual assistant tool, a new breakthrough for its artificial intelligence services. 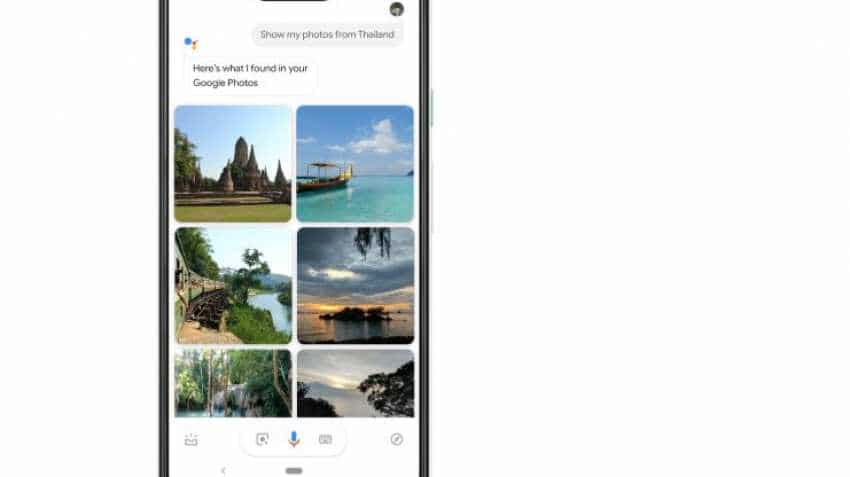 Alphabet Inc`s Google business on Tuesday demonstrated a way to rent cars automatically through voice commands to the company`s virtual assistant tool, a new breakthrough for its artificial intelligence services. The capability, which Google demonstrated with National Car Rental`s website, builds on the company`s push over the last two years to integrate more artificial intelligence-fuelled features into its virtual helper, Google Assistant.

It also works with movie ticket bookings and aims to free users from manually filling out forms on websites, Google Chief Executive Sundar Pichai said on stage at Google I/O, an annual event held near the company`s headquarters in Mountain View, California.  The event attracts about 7,000 software developers who create apps for Google Assistant or other company platforms.

Google also on Tuesday launched its most affordable smartphone model yet, the Pixel 3a. Starting at $399, it could help the company reverse flagging sales of more premium phones. In another hardware move, Google said it would re-brand all of its "Home" hardware as "Nest," reflecting the thermostat maker it purchased in 2014.

The Google Nest Hub Max, a larger version of Google`s smart speaker with a display, will arrive later this year, the company said. Priced at $229, the Max will include a camera with facial recognition technology to activate the device without a voice command. Google also unveiled augmented reality technology that enables users to view renderings of some specialized visual search results, such as a model of a whale, through their smartphone cameras.

Google said it was working with companies such as New Balance, Target Corp, Samsung and Volvo to make 3D models of their products available in mobile search. The car booking feature will be available later this year on Android phones in the United States and United Kingdom, Google said.
Alphabet shares were down 1.7 percent to $1,172.35 per share on Tuesday.

The shares have fallen from an all-time high of $1,296.98 since the company reported quarterly sales last month that were $1 billion below expectations. With revenue growth slowing and costs largely growing, some investors are anxious to see whether Google can commercialize its newest ventures in artificial intelligence, including the assistant.

The company is trying to fend off growing regulatory efforts that threaten its business model. Lawmakers in several regions, including in the United States, United Kingdom and Singapore, are weighing privacy and data rules that could limit how Google tracks consumers and distributes information.