The IITM researchers designed and booted up "Shakti" that could be used in mobile computing, wireless and networking systems, besides reducing reliance on imported microprocessors in communication and defence sectors. 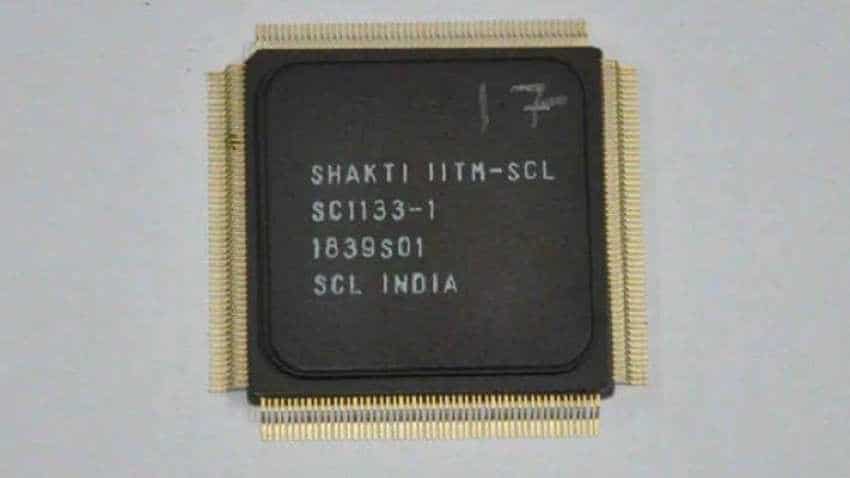 India`s first and indigenous microprocessor "Shakti" developed by Indian Institute of Technology Madras (IITM) at an outlay of about Rs 11 crore will not be outdated anytime soon, lead researcher and Professor Kamakoti Veezhinathan said on Friday.

The IITM researchers designed and booted up "Shakti" that could be used in mobile computing, wireless and networking systems, besides reducing reliance on imported microprocessors in communication and defence sectors.

"The microprocessor will not get outdated as it is one of the few `RISC V Microprocessors` in the world now," Professor Veezhinathan from Department of Computer Science and Engineering at IITM told IANS.

"Shakti" could be used by others as it was at par with international standards, said Veezhinathan, who is lead researcher at IITM`s Reconfigurable Intelligent Systems Engineering (RISE) Laboratory.

"Shakti" processors are based on RISC-V ISA, said the professor, adding that RISC-V is an open, free ISA, enabling a new era of processor innovation through open standard collaboration.

RISC-V ISA delivers a new level of free, extensible software and hardware freedom on architecture, paving the way for the next 50 years of computing design and innovation.

The ISA is basically the programming or machine language and provides commands to the processor instructing it on the its functions to be executed, said the professor.

According to Veezhinathan, the concept to design the chip was germinated in 2011 and some preliminary works were carried out.

In 2017, the project gained speed with about Rs 11 crore funding from the Indian government. "We have proved that a microprocessor can be designed, developed and fabricated in India. This is important for the country.

"All the countries would like to own the design part. Even from the security point of view, indigenous design gains importance," noted Veezhinathan.