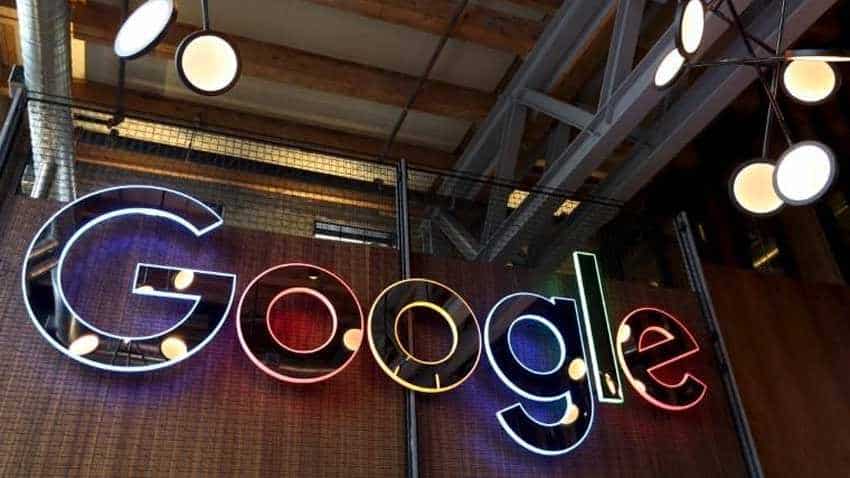 It is the third EU fine for Google in just two years. Reuters
Written By: IANS
RELATED NEWS

The European Union`s antitrust regulators on Wednesday fined Google 1.49 billion euros ($1.7 billion) for abusing its dominance in the online search market by blocking rivals. Google has abused its market dominance by imposing a number of restrictive clauses in contracts with third-party websites which prevented Google`s rivals from placing their search adverts on these websites, the European Commission (EC) said in a statement. "Today the Commission has fined Google 1.49 billion euros for illegal misuse of its dominant position in the market for the brokering of online search adverts," EC Commissioner Margrethe Vestager said.

It is the third EU fine for Google in just two years. "Google has cemented its dominance in online search adverts and shielded itself from competitive pressure by imposing anti-competitive contractual restrictions on third-party websites. This is illegal under EU antitrust rules," Vestager said.

The Commission said the fine which is equivalent to 1.29 per cent of Google`s turnover in 2018 takes account of the duration and gravity of the infringement. "The misconduct lasted over 10 years and denied other companies the possibility to compete on the merits and to innovate - and consumers the benefits of competition," Vestager said.

Websites such as newspaper websites, blogs or travel sites aggregators often have a search function embedded. When a user searches using this search function, the website delivers both search results and search adverts, which appear alongside the search result. Through AdSense for Search, Google provides these search adverts to owners of "publisher" websites. Google is an intermediary, like an advertising broker, between advertisers and website owners that want to profit from the space around their search results pages.

Google was by far the strongest player in online search advertising intermediation in the European Economic Area (EEA), with a market share above 70 per cent from 2006 to 2016. Google`s provision of online search advertising intermediation services to the most commercially important publishers took place via agreements that were individually negotiated. The Commission reviewed hundreds of such agreements in the course of its investigation and found that starting in 2006, Google included exclusivity clauses in its contracts.

This meant that publishers were prohibited from placing any search adverts from competitors on their search results pages, the European Commission said.