Commercialise use of ISRO's Li-ion battery for EVs: Govt panel

To curb vehicular pollution and bring down the Rs 7 lakh crore annual crude oil import bill, the government is emphasising the need for vehicles run on alternative fuel 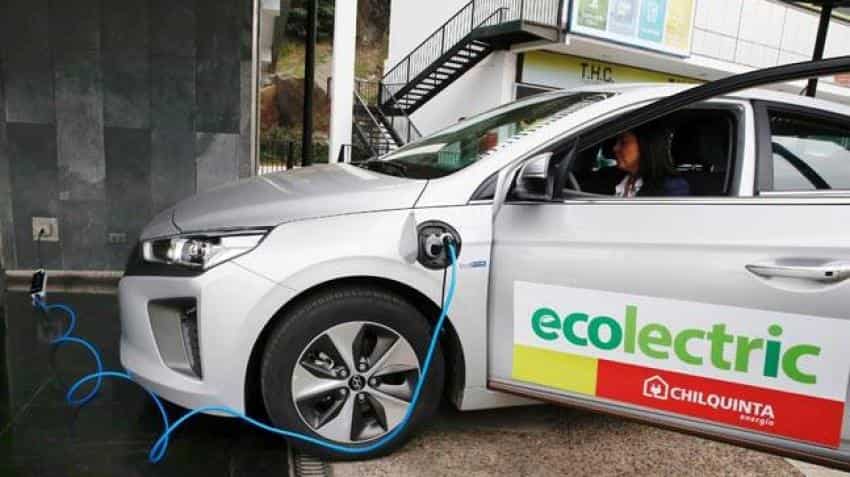 A panel headed by Cabinet Secretary P K Sinha has recommended commercial use of ISRO's lithium-ion battery technology under the 'Make In India' initiative for electric vehicles, official sources said.

The Committee of Secretaries also recommended that the power ministry should initiate "requisite power tariff and access policies" for enabling development of charging infrastructure, in consultation with the Central Electricity Regulatory Commission and others concerned.

Official sources told PTI that the panel has firmed up the strategy for increasing use of zero emission vehicles to lower India's dependence on oil imports and improve the ambient air quality.

The panel, they said, has advised that "ISRO may consider transferring" its lithium-ion battery technology used in electric vehicles to interested parties on a "non- discriminatory basis for commercialisation with Make in India condition", after obtaining approval of the Space Commission and other authorities.

At present, lithium-ion battery is not manufactured in India on commercial basis and the country has to depend on imports from Japan or China.

To curb vehicular pollution and bring down the Rs 7 lakh crore annual crude oil import bill, the government is emphasising the need for vehicles run on alternative fuel, including electric vehicles.

Government's think-tank Niti Aayog has also come out with a vision document on electric vehicles.

The meeting of the Committee held on January 8 to discuss the "strategy to scale up transformative mobility for uptake of zero emission vehicles and ancillary technologies" was attended by secretaries from nine departments, Niti Aayog CEO, representatives from the Department of Space and Cabinet Secretariat, sources said.

The panel also made a case for an empowered mission under Niti Aayog for overall policy formulation and for driving the programme to boost uptake of zero emission vehicles, the sources said.

However, individual initiatives may continue to be driven by ministries/departments concerned.

In its wide ranging recommendations, the panel has also said the Ministry of Petroleum and Natural Gas may examine the possibility of leveraging the existing retail network of oil marketing companies for scaling up public charging infrastructure.

The Ministry of Road Transport and Highways may consider issuing an advisory to states for ensuring that registration of zero emission vehicles (ZEVs) is facilitated, recommended the panel.

The Committee suggested that steps may be taken in regard to the monitoring structure proposed by Niti Aayog for "providing leadership and inter-ministerial coordination".

Further, the Ministry of New and Renewable Energy may pursue the development and promotion of energy storage technologies with focus on grid scale operations, recommended the panel.