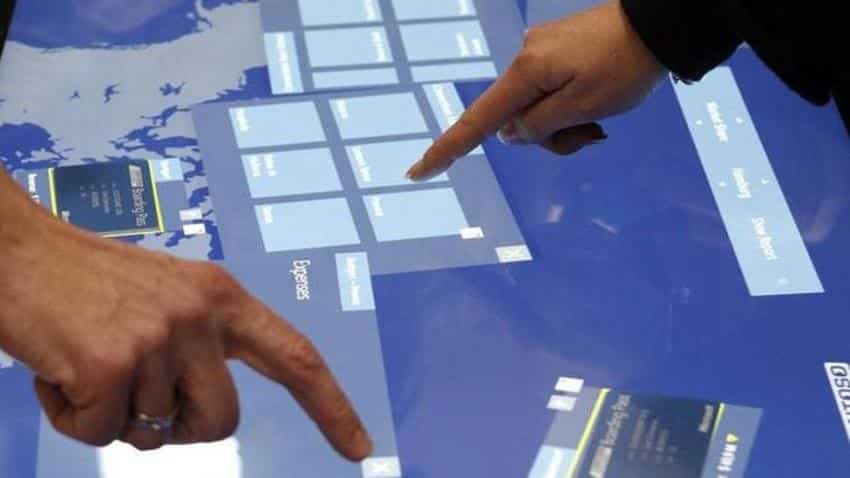 Microsoft study suggests that there is a greater than 75 per cent possibility that an SMB adopting cloud will see improvement in different metrics within two years. Image source: Reuters
Written By: PTI
RELATED NEWS

Small and medium businesses (SMB) can improve cash flows by up to 308 per cent as a result of the "dexterity and flexibility" enabled by adoption of cloud technology, a latest survey by Microsoft India has claimed. The study to measure the social and economic impact of cloud usage among 275 SMBs across 11 Indian cities conducted by Microsoft and the Thought Arbitrage Research Institute (TARI) revealed that companies in the SMB category improved their chances of better market access and profitability by three times with high use of cloud technologies.

The study captured data showing increase in market reach, improvement in employee productivity, operational processes, and in overall work-life balance as a direct result of increased cloud usage. As per the survey, CEOs in SMBs said that the use of cloud technologies allowed them better control over business and people processes.

Overall, the study suggests that there is a greater than 75 per cent possibility that an SMB adopting cloud will see improvement in different metrics within two years, it said. Other benefits of being on cloud were reduction in operating expenses and improvement in cash flow. The study noted that SMBs can have improved cash flows of up to 308 per cent due to the "dexterity and flexibility" enabled by cloud usage.

"96 per cent of SMBs find a positive impact on their operating expenses within two years of cloud use, which remains stable with time," it said. Security, business continuity and risk management emerged as other key areas as 86 per cent of SMBs believed that cloud was a secure platform and that they experienced less risk of loss of confidential information.
CEOs of these companies have seen the positive value and high impact of cloud technologies in transforming their businesses. The findings of this study reiterate the power of digital transformation," Anant Maheshwari, President, Microsoft India said. The survey found that adoption of cloud also brought in a heightened focus on employee development. "Around 94 per cent of SMBs had an increase in number of skilled employees, with less investment, within two years of high cloud usage," it said.

Companies were also willing to invest more in their upskilling and overall development, which in turn also led to higher retention of workers, it added. Assessing the impact of cloud across sectors in which small and medium enterprises operate, the study said that the manufacturing SMB space, although lagging behind currently on high cloud usage, underscores the maximum predicted impact within two years of cloud adoption.
Retail, IT, education, health and hospitality sectors are early adopters and already reaping benefits, the study added.