The government plans to amend the IT rules wherein social media platforms and messaging apps will be required to deploy tools to "identify" and curb unlawful content as well as follow stricter due diligence practices, as per draft amendments. 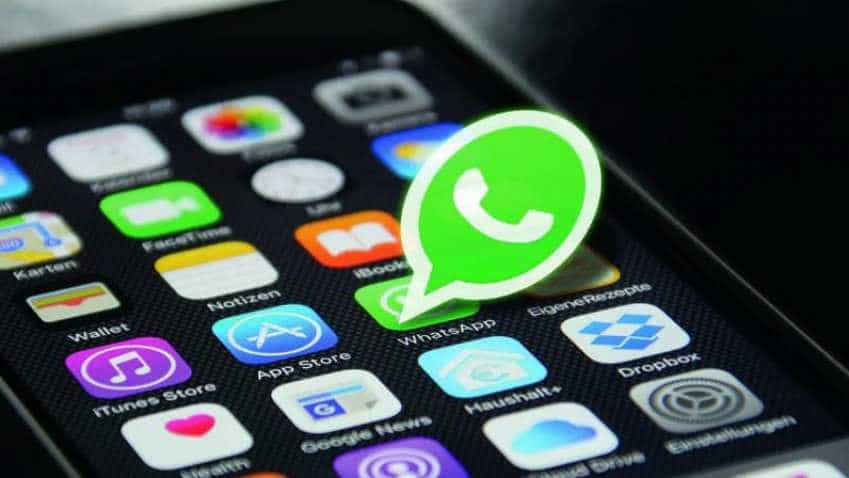 IT ministry officials held a meeting last week with senior executives of Google, Facebook, WhatsApp, Twitter and other companies to discuss the proposed changes in the Information Technology (IT) rules. Image source: Pixabay
Written By: PTI
RELATED NEWS

Earth Day 2021 Today: WhatsApp rolls out this cool sticker pack with a message

The government plans to amend the IT rules wherein social media platforms and messaging apps will be required to deploy tools to "identify" and curb unlawful content as well as follow stricter due diligence practices, as per draft amendments. IT ministry officials held a meeting last week with senior executives of Google, Facebook, WhatsApp, Twitter and other companies to discuss the proposed changes in the Information Technology (IT) rules.

Against the backdrop of mob lynching incidents triggered by rumours circulated on WhatsApp and other social media sites, the government has been exploring ways to curb misuse of such platforms. Besides, the effort is to tackle spreading of fake messages on social media ahead of the general elections in 2019.

On Monday, the government said it is committed to freedom of speech and expression and privacy of its citizens, amid criticism from certain quarters over larger implications of the amendments.  The government last week had authorised ten central agencies to intercept data on any computer, a move that had triggered a political storm with Opposition accusing the Centre of trying to create a "surveillance state".

According to the draft amendment proposed to the IT rules, which pertain to social media and other online platforms with respect to content, automated tools will have to be deployed to identify and disable "unlawful content". "The intermediary (social media platform) shall deploy technology-based automated tools or appropriate mechanisms, with appropriate controls for proactively identifying and removing or disabling public access to unlawful information or content," said the draft that has been placed on IT ministry's website on Monday.

Another change proposed is that the platforms would have to inform its users to refrain from hosting, uploading or sharing any content that is blasphemous, obscene, defamatory, "hateful or racially, ethnically objectionable". Users would be asked to guard against hosting or sharing information that violates any law, deceives or misleads receivers about the origin of messages that are grossly offensive or menacing in nature, or those which threaten national security.

The IT ministry is seeking feedback from the public on the draft amendments by January 15 before taking a final decision. E-mails sent by PTI to social media platforms, including Google, Facebook and WhatsApp seeking comments on their discussions with the government remained unanswered.

In its statement on Monday, the IT ministry asserted that the government does not regulate content appearing on social network platforms, although these companies are required to ensure that their platforms are not used to commit and provoke terrorism, extremism, violence and crime. It also cited recent instances of misuse of social media by criminals and anti-national elements that have brought new challenges to law enforcement agencies.

"These include inducement for recruitment of terrorists, circulation of obscene content, spread of disharmony, incitement of violence, public order, fake news etc. "A number of lynching incidents were reported in 2018 mostly alleged to be because of fake news/ rumours being circulated through WhatsApp and other social media sites," the ministry said.

Another proposed amendment is that platforms or intermediaries with over 50 lakh users in the country will be required to have a permanent registered office in India with physical address. This is likely to impact most international social media platforms given that India is a key market for them.

Besides, these platforms will have to appoint a nodal officer in India for round-the-clock coordination with law enforcement agencies to ensure compliance with the rules, the draft said. As per the proposals, the intermediary -- after a court order is communicated or being alerted by a government agency -- will have to remove or disable access "as far as possible immediately, but in no case later than 24 hours".

"When required by lawful order, the intermediary shall within 72 hours of communication, provide such information or assistance as asked for by any government agency or assistance concerning security of state or cyber security..." as per the draft. Among others, it has been proposed that the platforms will inform their users at least once a month that if the rules are violated, access and user rights of consumers can be terminated.

These internet companies will also have to preserve relevant records for 180 days for investigation purposes or longer periods, if required. In a detailed statement made in July in the Parliament, IT Minister Ravi Shankar Prasad had emphasised the government's resolve to strengthen the legal framework and make social media platforms more accountable under law.

WhatsApp had drawn flak from the government after fake messages circulating on its platform had triggered incidents of mob violence in various parts of the country. Fake news has been an issue globally for social media giants. WhatsApp, on its part, has taken a number of steps including introduction of a forward label to help identify such content.

Earth Day 2021 Today: WhatsApp rolls out this cool sticker pack with a message