BEWARE! Your smartphone will be dead if you don't take this step - These apps look genuine but they are NOT! 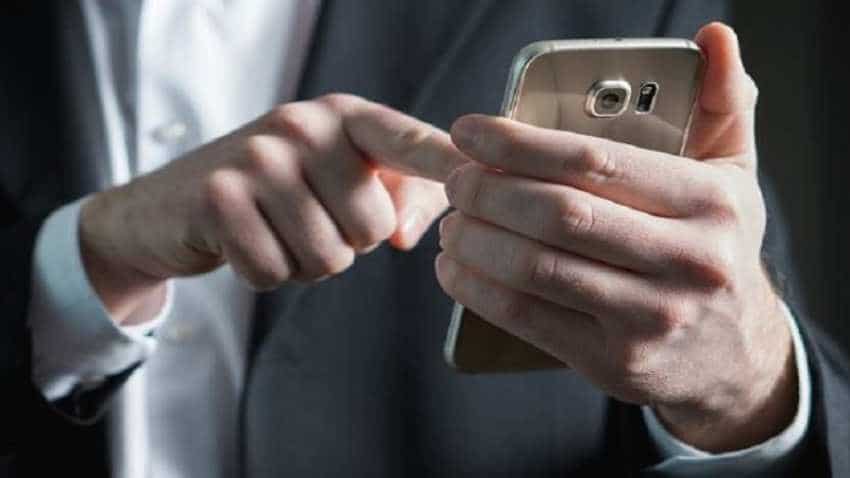 The growing use of smartphones has increased the chances of virus attacks on our phones. These viruses are not only dangerous for our mobiles, while they are equally jeopardous for our privacy as well. Quick Heal Security Labs recently spotted multiple fake antivirus apps on Google Play Store. What’s more alarming, is that one of these fake anti-virus apps has been downloaded 100000+ times already. These Apps appear to be genuine anti-virus/virus-removal apps with names like virus cleaner, antivirus security, etc., but do not have any such functionality. These apps are to show advertisements and increase the download count.

These apps mimic the functionalities of a real anti-virus App and have functions like 'Scan Device for Viruses'. These apps don’t have any anti-virus engines or scan capabilities except a predefined list of apps marked as malicious or clean. These fake anti-virus apps don’t have any functionalities related to malware scanning or identifying any other security issues. These apps only show a fake virus detection alert to the user and eventually show advertisements.

Here is the list of fake anti-virus apps reported to Google by Quick Heal Security Labs. Google has removed these apps from the Play Store now- 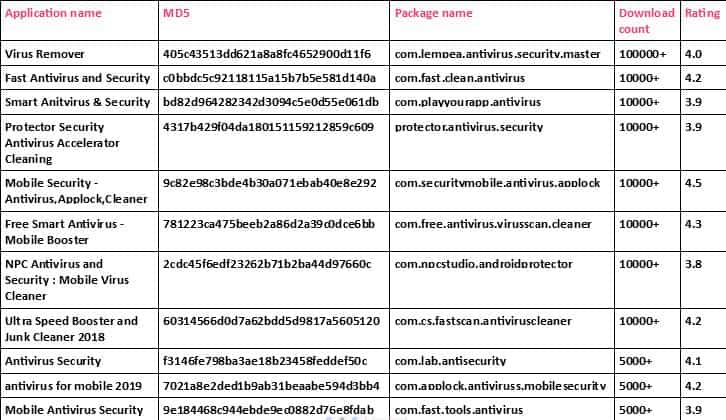 Above applications disguise as 'security' or 'antivirus' in their name and do nothing related to security. As explained above, they work only on a pre-defined static blacklist/whitelist of apps and permissions. This might in-turn harm user’s mobile because they don’t have any capabilities to detect real malware and give a false impression of being protected to the end-users. This static set of Blacklist/Whitelist and absence of any update mechanism, confirms that these are Adwares disguised as an Anti-Virus or security-related App. The download count of these applications is alarming. This shows how easy it is for a malware author to entice end-users into downloading junk apps.

Here is how you can stay safe from fake mobile apps –

2. Check the app developer’s name and their website. If the name sounds strange or odd, you have all the reasons to suspect it.

3. Go through the reviews and ratings of the app. But, note that these can also be faked.

5. Use a reliable mobile antivirus that can prevent fake and malicious apps from getting installed on your phone.

Quick Heal Total Security for Mobile successfully detects these applications as –Android.Blacklister.A (PUP) and Android.FakeAV.E (PUP). While, anything that comes free might come across as a temptation for you to buy, remember that free can also be fake! So, beware that you don’t fall prey to the free security software available on Play Store. Go only for trusted brands like Quick Heal when it comes to guaranteed security of your device.