Bad news for Apple users! iPhones, iMac, other devices to get expensive

Some Apple products like AirPods, Apple Watch, HomePods and iMac computers were likely to get costlier as the new 15 per cent US tariffs on Chinese products came into effect from Sunday. 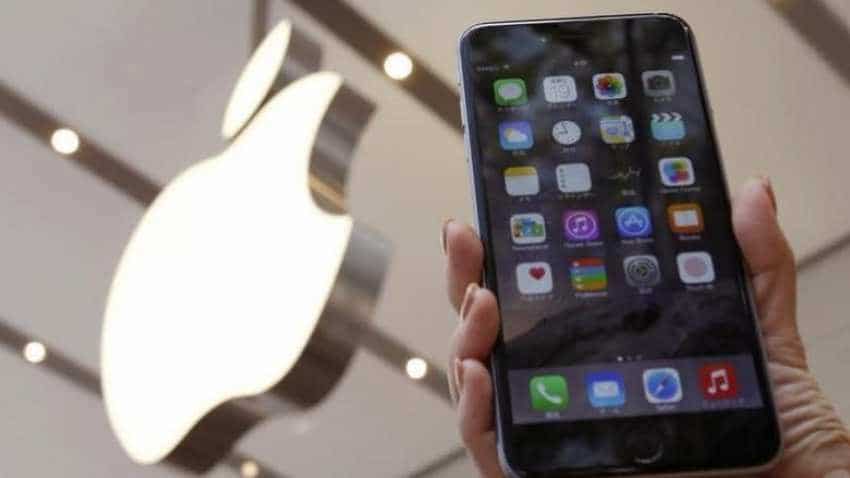 Apple iPhones may also be around $100 more expensive in the US once the next set of 15 per cent tariff comes into place from December 15. Image source: Reuters
Written By: IANS
RELATED NEWS

Apple iPhones may also be around $100 more expensive in the US once the next set of 15 per cent tariff comes into place from December 15. "TVs, speakers, digital cameras, lithium-ion batteries and flash drives are just a few of consumer electronics that will be subjected to a 15 per cent tariff beginning Sunday," reports TechCrunch. Apple CEO Tim Cook recently told US President Donald Trump that tariffs on China will help South Korean tech giant Samsung gain more as it does not need to pay any tariffs.

Trump, in a conversation with reporters, said he has "had a very good meeting with Cook." "I have a lot of respect for Tim Cook, and Tim was talking to me about tariffs. And one of the things, and he made a good case, is that Samsung is their number-one competitor, and Samsung is not paying tariffs because they`re based in South Korea," Trump recently told the media.

The ongoing trade-war between the US and China has caused Apple`s iPhone production costs to rise as much as 3 per cent because of the new retaliatory tariffs imposed by Beijing. Trump earlier met Cook during a dinner, saying that Apple would be spending "vast sums of money in the US." "It`s tough for Apple to pay tariffs if they`re competing with a very good company that`s not. I said, How good a competitor?` He said they are a very good competitor. So Samsung is not paying tariffs because they`re based in a different location," said Trump.

Samsung has most of its manufacturing base in South Korea and Vietnam. "iPhone sales in the US, China and other markets could fall by 8 million to 10 million," CBS News reported earlier this month. Apple XS Max starts at $1,099 and new 10 per cent tariff would mean a roughly $110 hike.

In May, Fortune quoted a Wedbush analyst Dan Ives as telling investors that tariffs on the device`s Chinese-made batteries and other components would increase Apple`s manufacturing cost by 2 to 3 per cent.