Apple prepared to lift the curtain on Monday on a television and movie streaming service that will allow users of its 1.4 billion gadgets to stream television shows and movies, both Apple originals and those from other creators. 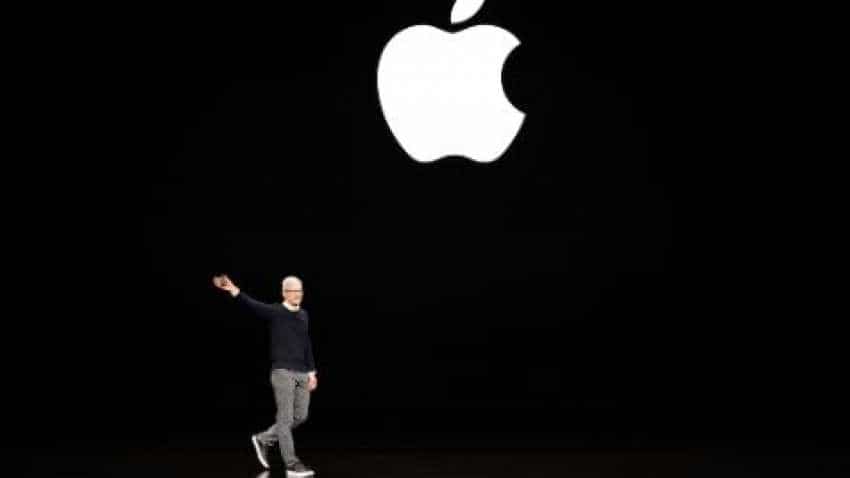 Apple prepared to lift the curtain on Monday on a television and movie streaming service that will allow users of its 1.4 billion gadgets to stream television shows and movies.
Written By: Reuters
RELATED NEWS

Apple prepared to lift the curtain on Monday on a television and movie streaming service that will allow users of its 1.4 billion gadgets to stream television shows and movies, both Apple originals and those from other creators, in a first step to challenge streaming video leaders Netflix and Amazon. Chief Executive Tim Cook introduced Monday`s event at the glass-enclosed Steve Jobs Theater at Apple`s Cupertino, California, headquarters, saying the event would focus on the technology company`s services, not its hardware. He said Apple`s strength was "the seamless integration of hardware, software and services."

By highlighting services that run on its 1.4 billion consumer devices, rather than the devices themselves, Apple`s strategy change is a momentous shift in emphasis under Chief Executive Tim Cook, who succeeded the late Steve Jobs in 2011.

"It`s show time" is how Apple billed the launch, leading analysts to believe it will be its first splashy event not featuring new gadgets or hardware.

The company led off the event with an announcement that its free news app will now come in a paid-subscription version, called Apple News+, which curates a range of news articles and will include 300 magazines including National Geographic, People, Popular Science, Billboard and the New Yorker.
Apple said it would cost $9.99 a month.

The Apple original shows are expected to be offered alongside the option to subscribe to content from Viacom Inc and Lions Gate Entertainment Corp`s Starz, among others, sources have told Reuters.

Apple will join a crowded field where rivals such as Amazon.com`s Prime Video and Netflix Inc have spent heavily to capture viewer attention and dollars with award-winning series and films.

Apple`s jump into original entertainment signals a fundamental shift in its business. Sales of hardware money-makers the iPhone, iPad and Mac were either stagnant or flat in its most recent fiscal year. Without another category-defining new gadget announced to the public, Apple is expected to rely more on selling subscriptions and services like video, music and hardware insurance.

Revenue from its "services" segment - which includes the App Store, iCloud and content businesses such as Apple Music - grew 24 percent to $37.1 billion in fiscal 2018.

The services segment accounted for only about 14 percent of Apple`s overall $265.6 billion in revenue, but investors have pinned their hopes for growth on the segment.

Apple`s TV push has been cloaked in mystery. Even producers of Apple`s shows are unsure about many of the details about when and how audiences will be able to see their work.

Meanwhile, the company is working on a games subscription service for its App Store that will focus on iPhones and iPads and bundle together paid games from different developers, Bloomberg reported, citing people with knowledge of the plans.

Apple shares were trading 0.7 percent lower after the start of the launch event.

While Apple plans to spend $2 billion on original shows this year and has hired Hollywood veterans to oversee them, it is unlikely to take on Netflix Inc or Amazon.com Inc directly by including libraries of older shows. Instead, its model is expected to more closely resemble the App Store, offering paid subscriptions to other media companies` programming and keeping a cut of sales.

Ahead of the launch, Apple negotiated deals that would let Apple bundle and sell networks at a discount, replicating a business model from the cable TV industry, one source familiar with the matter said.

Apple`s pitch to Hollywood is that it has the potential to reach hundreds of millions of viewers. The company said in January there were 1.4 billion active
Apple devices, 900 million of which are iPhones. It has positioned that as leverage against Netflix`s 139 million global customers and the 100 million subscribers to Amazon`s Prime shipping program, which includes the video service.

But the Silicon Valley company has a history of making quick progress when coming from behind: It launched its Apple Music streaming service years after rival Spotify Technology SA but has garnered 50 million listeners, nearly half of Spotify`s 96 million premium subscribers. And Apple in January said its
Apple News service had 85 million active users after being released less than four years ago.