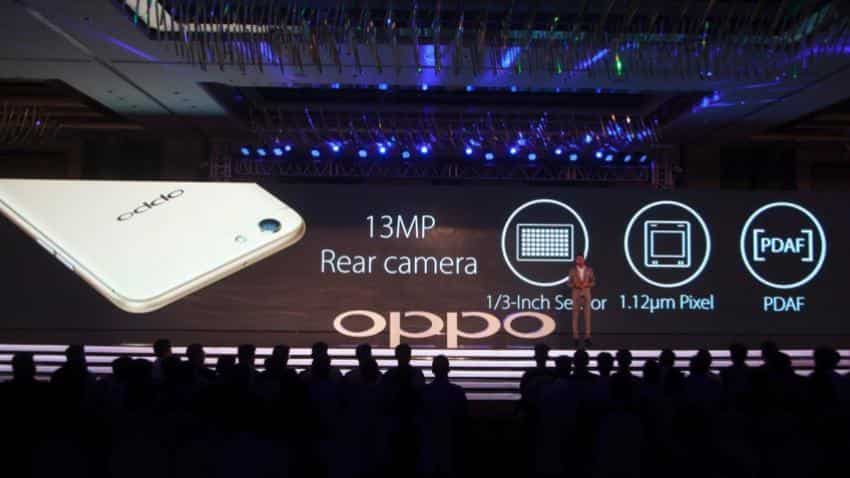 With its army of salespeople and vast network of outlets, a relatively new smartphone maker has exploded in popularity to overtake global giants Apple and Samsung in China's market - and now it has its eye on the West.

Oppo began life selling DVD players in the in the southern manufacturing hub of Dongguan a little more than a decade ago and only broke into the handset market in 2011.

But with an aggressive marketing strategy and concentration on bricks-and-mortar stores in small and medium- sized cities -- rather than relying on online customers -- sales have soared.

Last year it had a market share of 16.8 per cent making it the China market leader and while a slip in the first three months of 2017 put it just behind local rival Huawei, according to market analyst IDC, it remains well ahead of Apple and Samsung.

Globally it ranks fourth behind Samsung, Apple and Huawei.

While its rivals focus on the premium end of the smartphone market in major cities and online, Oppo makes relatively cheap devices -- its latest model is less than half the price of an iPhone 7.

Oppo also sells them in actual shops. It has 200,000 outlets across China -- less than 10 per cent of its purchases are made online -- while retailers are offered generous commissions in exchange for promoting the brand.

"In small cities, consumers unfamiliar with smartphones need to see and touch the devices and to have salespeople there to help them," said Yi Jun, Oppo's international sales director.

At the company's factory in Guangdong province, Oppo handsets are submitted to a series of durability tests including one-metre drops and temperature changes ranging from -40 degrees Celsius to 85 degrees Celsius.

Chinese brand Xiaomi, which lost significant market share in 2016, has been relying on the web for sales of its top-of- the-range smartphones.

But in February it announced plans to go back to old- fashioned selling techniques with plans to open 1,000 stores by 2020 in the hope of reversing its fortunes.

As competitors play catch up, analysts warn Oppo must maintain its momentum to stay on or near the top.

Oppo has also been boosting its sales abroad, including emerging markets in Southeast Asia where its share more than doubled to 13.2 per cent last year -- by far the biggest increase among its rivals, IDC data shows.

In India, it was the fourth-biggest player in the fourth quarter, with 8.6 per cent market share, behind Samsung, Xiaomi and Lenovo.

"Its success in these countries comes from frantic marketing," said IDC analyst Tay Xiaohan, noting the use of local celebrities as "brand ambassadors" as it targets millennials.

It is also starting to back high-profile sports teams to increase brand awareness. Earlier this year it forked out more than USD 160 million to become an official sponsor of the Indian cricket side.

And Oppo is adapting its products to satisfy the "selfie" trend.

"We noticed the craze in Southeast Asia for group selfies and tailored our devices accordingly," Yi said, referring to special camera features that enable users to take better self-portraits.
Next stop is the West.

"We are very interested in entering the US and European markets, we are working on it... But without a precise timeline," Yi said.

It will be challenging.

While Huawei has managed to make a name for itself in US and European smartphone markets, it was already very present in those places as a telecom equipment manufacturer, said Annette Zimmermann, an analyst with technology research company Gartner.

And Oppo's direct sales strategy might not be as successful in markets dominated by mobile network operators that provide handsets with their contracts.