The latest entrant in the fast-growing 4G feature phone market, Nokia, is betting big on the category that has created enough buzz in the last year since the new telecom player Reliance Jio launched its 4G feature phone at dirt cheap prices. 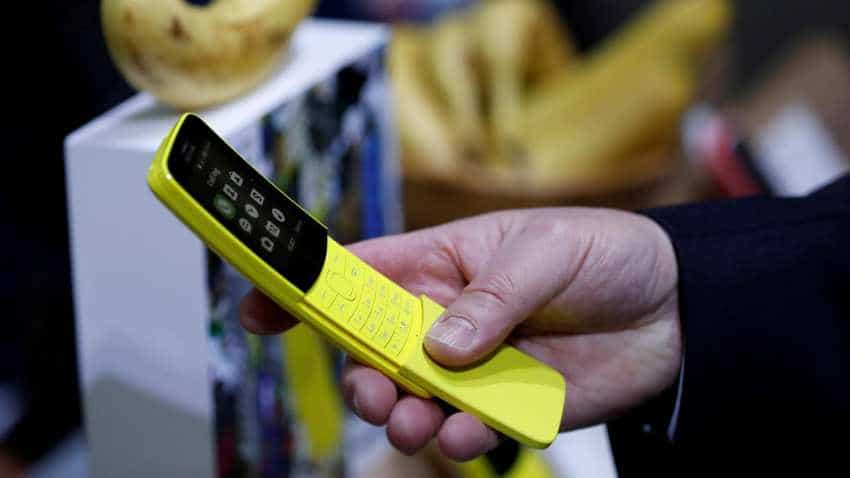 The latest entrant in the fast-growing 4G feature phone market, Nokia, is betting big on the category that has created enough buzz in the last year since the new telecom player Reliance Jio launched its 4G feature phone at dirt cheap prices. Nokia, the erstwhile leader in the mobile handset market, made a comeback in India in June last year.

Earlier this month, HMD Global launched its first 4G feature phone — Nokia 8110, more popularly known as the Banana phone. The device offers access to an app store, for apps like Google Assistant, Google Maps, Google Search and Facebook, and has an option to send and receive emails. With WiFi feature, the device can offer portable hotspot as well.

“While we are a full range player and we play across price points, our main focus is on feature phones, where we have opportunities in terms of volume. The segment is growing rapidly for us. We plan to expand our feature phone offerings. Besides, we are also exploring the possibility of launching a 4G feature phone at affordable prices,” Ajey Mehta, vice president and country head - India, HMD Global, told DNA Money in an interview.

Banana Phone belongs to the Nokia classic series. The Nokia 8110 was first launched in September 1996 but later was overtaken by touchscreen phones. Feature phones is a very important category for Nokia. Its 2G product volumes have gone up and 2G phones are not going to phase out any time soon, Mehta said. While Nokia 8110 is priced at Rs 5,999, Jio’s 4G phones start at as low as Rs 501.

“The market has always been very competitive and continues to be the same, 70 % of it is in the price range of Rs 7,000-20,000. It is a hyper-competitive market but we are focused on our strategy of design and craftsmanship and offering real-life experience to our users apart from the Nokia brand and reliability it stands for,” he said. Currently, Nokia has about 10 products available in India.

According to data from Cyber Media Research (CMR), the feature phone market, with 44.5 million shipments during the second quarter this year, registered a growth of 34% as compared to the year-ago same quarter.

As a result of the strong growth triggered by 4G feature phones led by Reliance Retail, the 2G pie is decreasing and expected to decline gradually over the next two-three years, according to Prabhu Ram, principal analyst, and head ' Industry Intelligence Group, CMR. “The current market conditions make it difficult for mobile handset brands to venture into 4G feature phones, except a few, like HMD and Lava. To counter the pricing of Jio phones, mobile handset brands require economies of scale with adequate support from telecom service providers. But this is not the case as of today”, the CMR analyst said.

There are over 1 billion mobile users in India, but only around 400 million are on the internet. This means mobile handset players and telecom operators alike have a long road to travel before everyone is hooked onto internet bandwagon i.e, 4G.