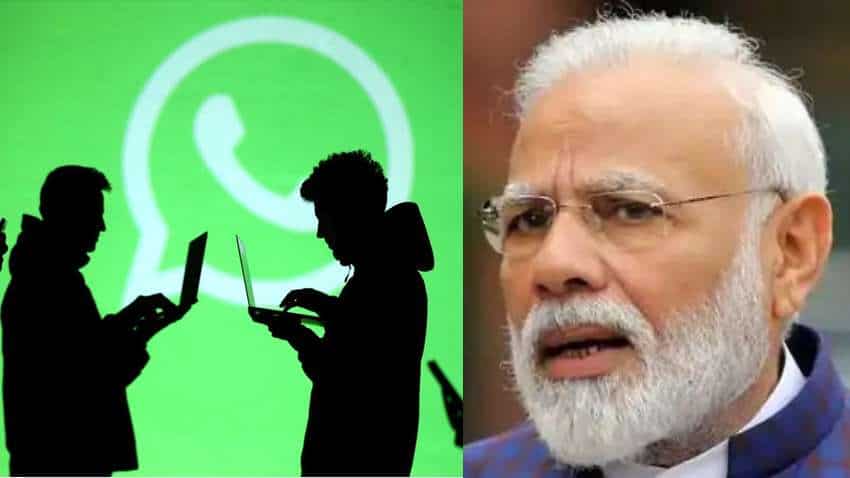 WhatsApp New Privacy Policy 2021 stated that users will have to agree to the new terms and policy by February 8, 2021, in order to continue using WhatsApp's service. Reuters pics.
Written By: Prashant Singh
Edited By: Harish Dugh
RELATED NEWS

WhatsApp New Privacy Policy 2021 News: Earlier this week, WhatsApp had started rolling out in-app notifications to users about an update in its Terms of Service and privacy policy regarding how it processes user data and partners with Facebook to offer integrations across the social media giant's products. It also stated that users will have to agree to the new terms and policy by February 8, 2021, in order to continue using WhatsApp's service.

And, this has kickstarted a spate of conversations and memes on the internet over WhatsApp's alleged sharing of user information with Facebook.

Traders' body CAIT on Sunday wrote to Information and Technology Minister Ravi Shankar Prasad demanding that the government restrict WhatsApp from implementing its new privacy policy or impose a ban on the messaging app and its parent company Facebook, as per a report in news agency PTI.

.@CAITIndia has written to Shri @rsprasad @GoI_MeitY strongly objecting to #WhatsappNewPolicy which blatantly infringes & invades privacy of users. We request the Govt to take immediate cognisance of this matter & take necessary step of banning #whatsapp in India.@SecretaryMEITY pic.twitter.com/vWyDbHuEXS

The Confederation of All India Traders (CAIT) claimed that through the new privacy policy, "all kinds of personal data, payment transactions, contacts, location and other vital information of a person who is using WhatsApp will be acquired by it and can be used for any purpose by WhatsApp".

In the communication to Prasad, CAIT has demanded that "government should immediately restrict WhatsApp from implementing the new policy or put a ban on WhatsApp and its parent company Facebook", the traders' body stated.

CAIT said Facebook has more than 200 million users in India and enabling it to access data of every user can pose serious threat to not only the economy but even to the security of the country. 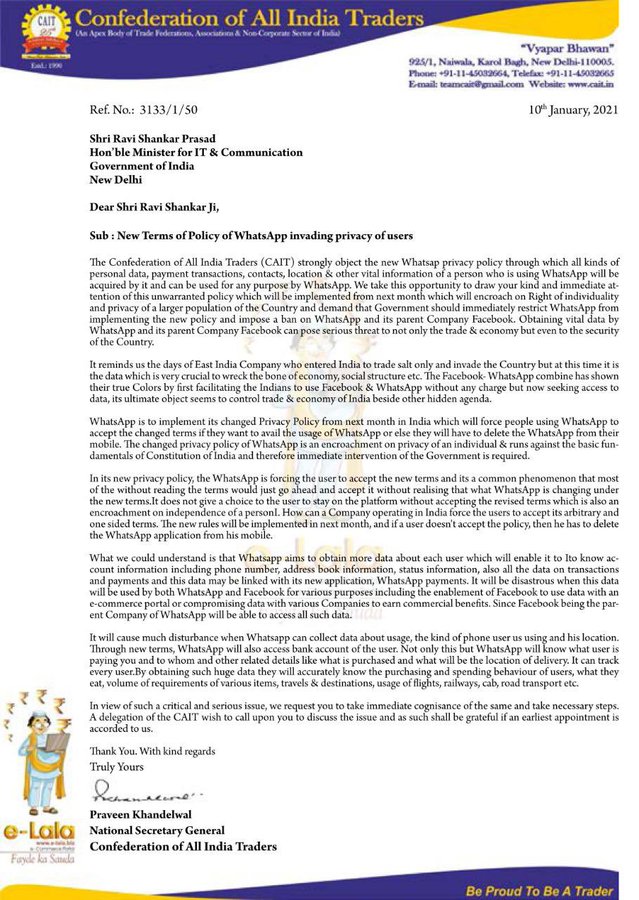 However, in an email response to PTI, a WhatsApp spokesperson said, "To further increase transparency, we updated the privacy policy to describe that going forward businesses can choose to receive secure hosting services from our parent company Facebook to help manage their communications with their customers on WhatsApp, as per the news report. "Though of course, it remains up to the user whether or not they want to message with a business on WhatsApp."

The spokesperson further said that the update does not change WhatsApp's data sharing practices with Facebook and does not impact how people communicate privately with friends or family wherever they are in the world.

"WhatsApp remains deeply committed to protecting people's privacy. We are communicating directly with users through WhatsApp about these changes so they have time to review the new policy over the course of the next month," the spokesperson added

An email sent to Facebook seeking comment on the issue did not elicit a response, the PTI report added.

CAIT Secretary General Praveen Khandelwal said, "The changed privacy policy of WhatsApp is an encroachment on privacy of an individual and runs against the basic fundamentals of Constitution of India and therefore the CAIT has demanded immediate intervention of the government."