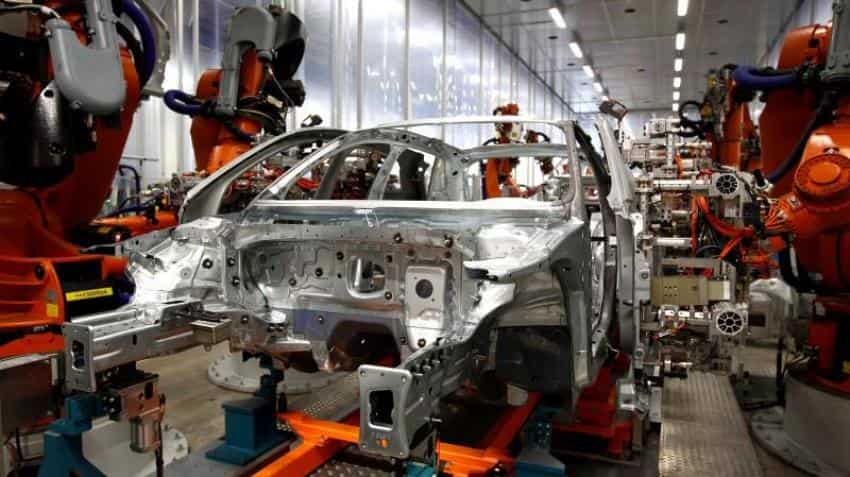 MSEs in Auto Components, Chemicals, and Engineering and Capital Goods were the most optimistic about April-June, it said. Image source: Reuters

The CriSidEx index, developed jointly by Crisil and SIDBI, is based on a diffusion index of eight parameters -- five manufacturing and three services -- that have equal weights. It measures MSE business sentiment on a scale of 0 (extremely negative ) to 200 ( extremely positive).

MSEs were optimistic over the next April-June quarter too, the survey, which gathered parametric feedback from 1,100 MSE respondents across India and sectors, said.

Within manufacturing, chemicals, auto components, and engineering and capital goods-related MSEs reported strongly positive sentiment in January-March, while segments with a significant presence of unorganised enterprises such as leather & leather goods, and gems & jewellery were subdued, it said.

MSEs in Auto Components, Chemicals, and Engineering and Capital Goods were the most optimistic about April-June, it said.

The services sector is largely optimistic. IT/ITeS, traders and health care providers had a healthy showing in SQ, but not so in logistics and construction/real estate-based MSEs, it said.

Traders, health care providers, and human resource services firms are expected to continue doing well in next quarter, it added.

CriSidEx is India's first sentiment index for micro and small enterprises ( MSEs) which was launched in February.