Women entrepreneurs are the major beneficiaries of the Centre's Mudra scheme, as they have cornered about 75 per cent of the total disbursals, Textiles Minister Smriti Irani said Wednesday. 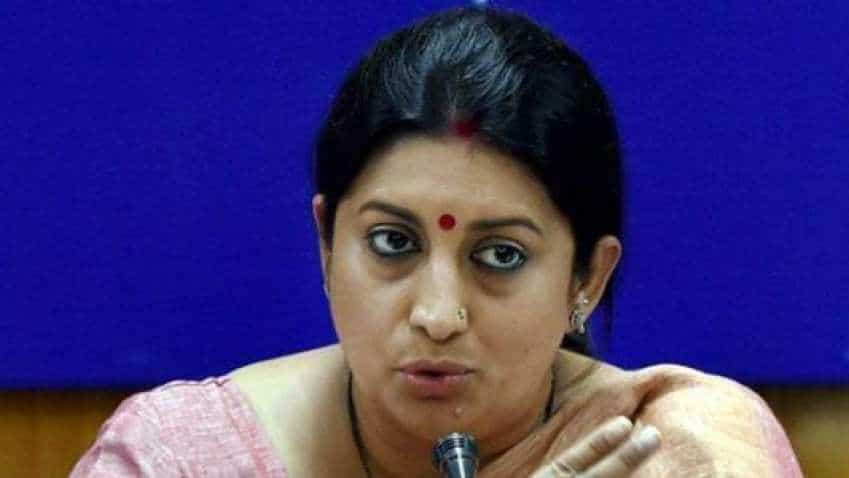 Women entrepreneurs are the major beneficiaries of the Centre's Mudra scheme, as they have cornered about 75 per cent of the total disbursals: Smriti Irani. Image source: PTI

Women entrepreneurs are the major beneficiaries of the Centre's Mudra scheme, as they have cornered about 75 per cent of the total disbursals, Textiles Minister Smriti Irani said Wednesday.

She said through policy interventions, the government is ensuring that more and more women should come into the organised sector.

The Pradhan Mantri Mudra Yojana (PMMY) is a flagship scheme of the government to provide loans of up to Rs 10 lakh to small entrepreneurs. The loans are being given by banks, small finance banks, non-banking financial companies (NBFCs) and microfinance institutions.

The scheme aims to strengthen forward and backward linkages for robust value chains anchored by industries, aggregators, franchisors and associations.

The minister said there are 14 crore loans what have been processed and "out of that, 75 per cent have gone only to female entrepreneurs and that speaks a lot about the latent entrepreneurial talent of Indian women and that is where the key lies for exponential growth".

She was speaking at the Raisina Dialogue 2019 here.

Irani added that in the textiles sector, about 70-75 per cent of the workforce are women and most of the industry has understood that if it ensures residence and education for girls, "you will have people who wanting to stay longer for a company, learn and enhance their skills".

When asked about the reasons for delay in the passage of the Women Reservation Bill in Parliament, the minister stated that "we have time and again said that all political parties need to come to the forefront and help us pass this bill, that is an offer we have made time and again, we have not found many takers".

The bill was passed during the UPA rule in the Rajya Sabha in March 2010, but could not be passed in the Lok Sabha.

AUM of non-banking financial companies likely to grow at 9-11% in FY23: Report