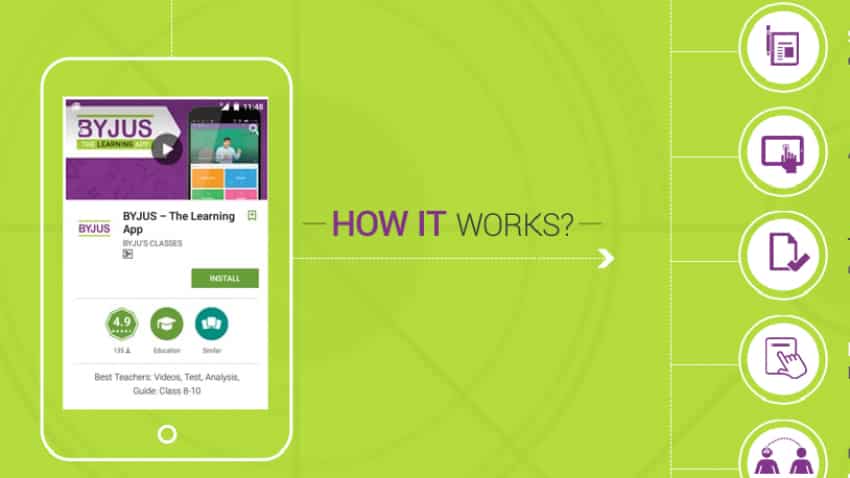 The year-old start-up, however, did not disclose the amount of investment made by CZI and each of the four partners to its first round of funding. Representational Image. Image Source: Official Website
Written By: IANS
RELATED NEWS

Byju's, online learning app, bags $150 mn from Qatar Investment Authority; here is what it is for

The four partners are Sequoia, Sofina, Lightspeed and Times Internet.

"We will deploy the fund to fuel international expansion and inspire additional funding from leading companied the world over," said Byju founder and chief executive Byju Raveendran in a statement in Bengaluru.

The investment by CZI, the philanthropic arm of the online social media network Facebook's co-founder Mark Zuckerberg and his wife Priscilla Chan, is its first in an Asian firm.

The year-old start-up, however, did not disclose the amount of investment made by CZI and each of the four partners to its first round of funding.

"Our application (K-12 app), which has registered 5.5 million downloads, has 250,000 paid annual subscribers across the country," said Raveendran.

"Our K-12 app is reinventing how students learn in the age of mobile devices, as our approach combines teachers, pedagogical methods and data science to deliver personalised learning, feedback and assessments for school students," said Raveendran.

Noting that Indian families work hard to give their children education for a better future, CZI's Vivian Wu said Byju's represented an opportunity to help more students develop love for learning and unlock their potential.

"We support innovative models of learning wherever they are around the world," said Wu, who will soon join Byju's board.

With 40-minute engagement rate per day and 90% of users renewing subscription, Byju's is proving to be effective at improving learning outcomes.

"We are partnering with CZI to usher in the next stage of our growth, as our vision of advancing human potential and promoting equality aligns with it (CZI), added Raveendran.

Byju's, online learning app, bags $150 mn from Qatar Investment Authority; here is what it is for